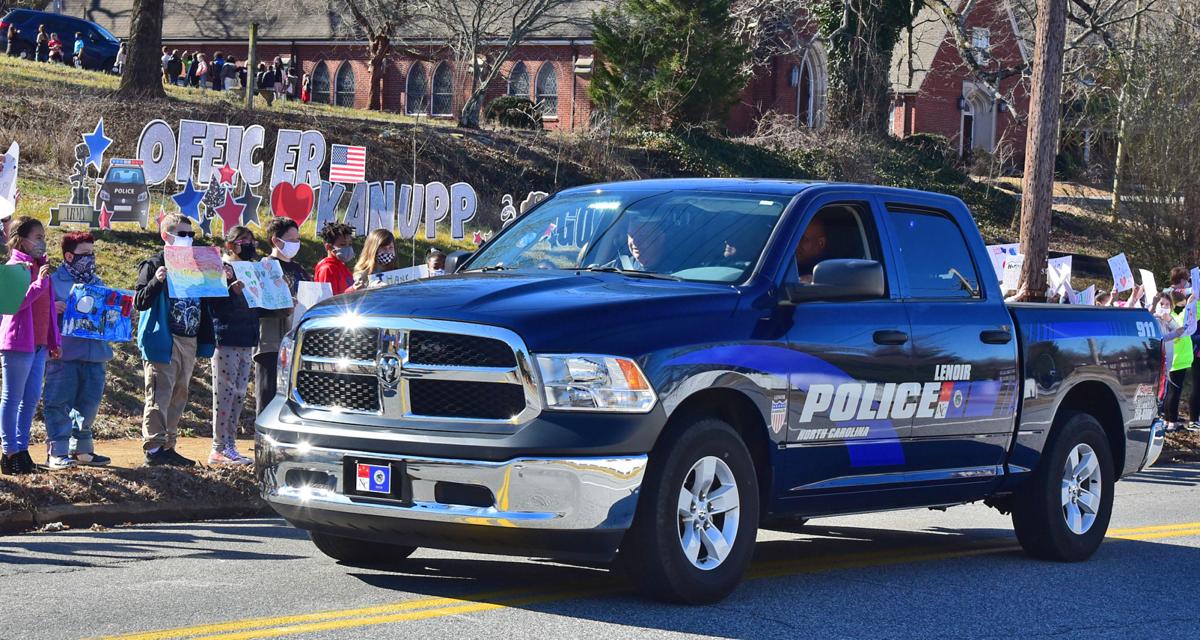 Students gathered outside Davenport A+ School on Tuesday with signs honoring Lenoir Police Department Officer Scott Kanupp, who is retiring on Friday. 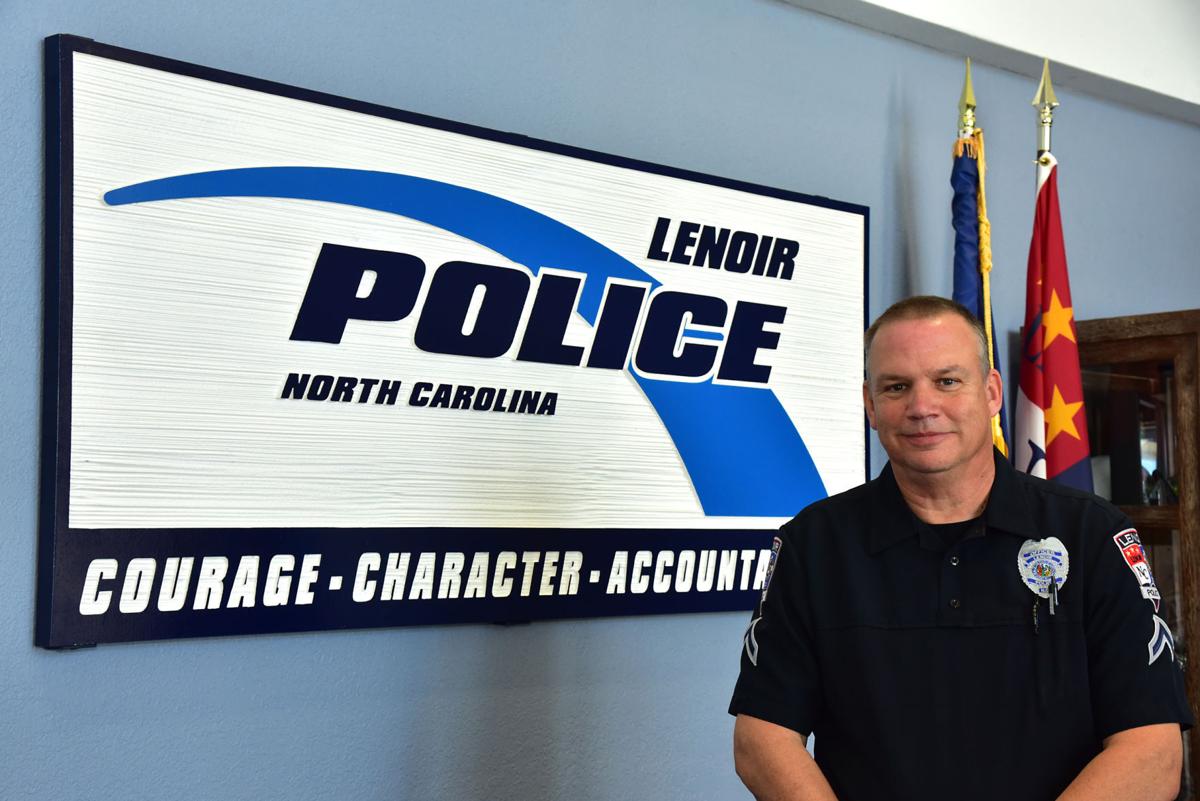 Scott Kanupp retires Friday after a 15-year law enforcement career that he began in his early 40s.

Students gathered outside Davenport A+ School on Tuesday with signs honoring Lenoir Police Department Officer Scott Kanupp, who is retiring on Friday.

Scott Kanupp retires Friday after a 15-year law enforcement career that he began in his early 40s.

Several years ago, Officer Scott Kanupp, a Lenoir Police Department community resource officer who spends time instructing elementary school students, had an opportunity to apply for a promotion to supervisor, but he chose not to.

Chief Brent Phelps asked him why.

“His answer was, ‘I really enjoy what I do. I enjoy working in the schools. I enjoy being around the kids,” Phelps said.

Kanupp, 58, worked with approximately 3,000 children in his decade teaching the DARE (Drug Abuse Resistance Education) program, a program focused on steering children away from harmful lifestyles by teaching them decision-making skills, Phelps said.

On Friday, Kanupp will retire, capping a 15-year law enforcement career that he began in his early 40s, and the perspective Kanupp brings to work as a DARE instructor will make him difficult to replace, Phelps said.

“But we’re very grateful and appreciative of his service to the police department, the citizens of Lenoir and especially the students and children in the Caldwell County Schools,” he said.

Kanupp said he saw himself in some of the students he met. As a teenager, he struggled in school, making “some bad choices, bad decisions.”

He started working at a gas station at the age of 14, going there after school to pump gas and perform oil changes for $1 an hour.

“I worked six hours each day Monday through Friday and 10 hours on Saturday,” he said.

He said that at that age, he thought he knew everything.

Kanupp spent two years stationed in Colorado and another year and a half working in border security at the German and Czechoslovakian border.

“I learned a lot of responsibilities in the military, did some growing up,” he said.

After spending around four years in the military, Kanupp returned to work at Broyhill Furniture.

In 1999, he also began volunteering at North Catawba Fire and Rescue. He earned his high school diploma and began working on an associate’s degree in emergency preparedness technology.

He was finishing up with classes when he decided to join basic law enforcement training, and when he finished he began serving as a reserve officer at the Caldwell County Sheriff’s Office.

He spent several years working as a patrol officer before he became a community resource officer, joining a team that specializes in preventing crime through community outreach, like neighborhood watch programs, the Citizen’s Police Academy, the DARE Program and church safety programs.

Kanupp said his time with the DARE Program has been the highlight of his law enforcement career.

“Working with the students inside the schools,” he said. “If I can keep one child from making, you know, wrong choices, that’s what it’s about. It’s about choices that these kids make and getting kids to realize there’s consequences to every choice that they do make.”

Kanupp said he is retiring now because he feels he is getting older, and law enforcement work can be physically demanding. He isn’t sure what’s next.

He hopes to travel with his wife and spend time with his grandchildren.