A man and a woman have been charged with kidnapping in an incident involving a 14-year-old girl, the Caldwell County Sheriff’s Office said.

Austin Ryan Setzer, 21, and his sister, Autumn Bryce Setzer, 22, both of Pisgah Church Road in the Gamewell area, went to a home on Turner Road Tuesday evening sometime before 5 p.m. and picked up the girl, who went with them voluntarily, Capt. Aaron Barlowe said.

Although the girl agreed to go with them, her guardian had not given permission for her to go, he added.

After they left, Austin returned to the home and fired several rounds with a handgun outside the house, Barlowe said.

An AMBER Alert was issued shortly thereafter describing the girl and naming Austin Setzer as her abductor.

Sheriff’s deputies went to Setzer’s house and found the white BMW he had been driving, and while they were there they intercepted the Setzers’ mother, who was leaving the home with the girl, Barlowe said. Barlowe thought the woman was about to return the girl to the home on Turner Road.

The Setzers are awaiting trial on charges of first-degree arson and breaking and entering related to a house fire in September 2019. In that incident, investigators said that Autumn Setzer drove Austin to a home on Ivey Stine Road, where Austin then forced his way into the home and set it on fire while someone was inside. 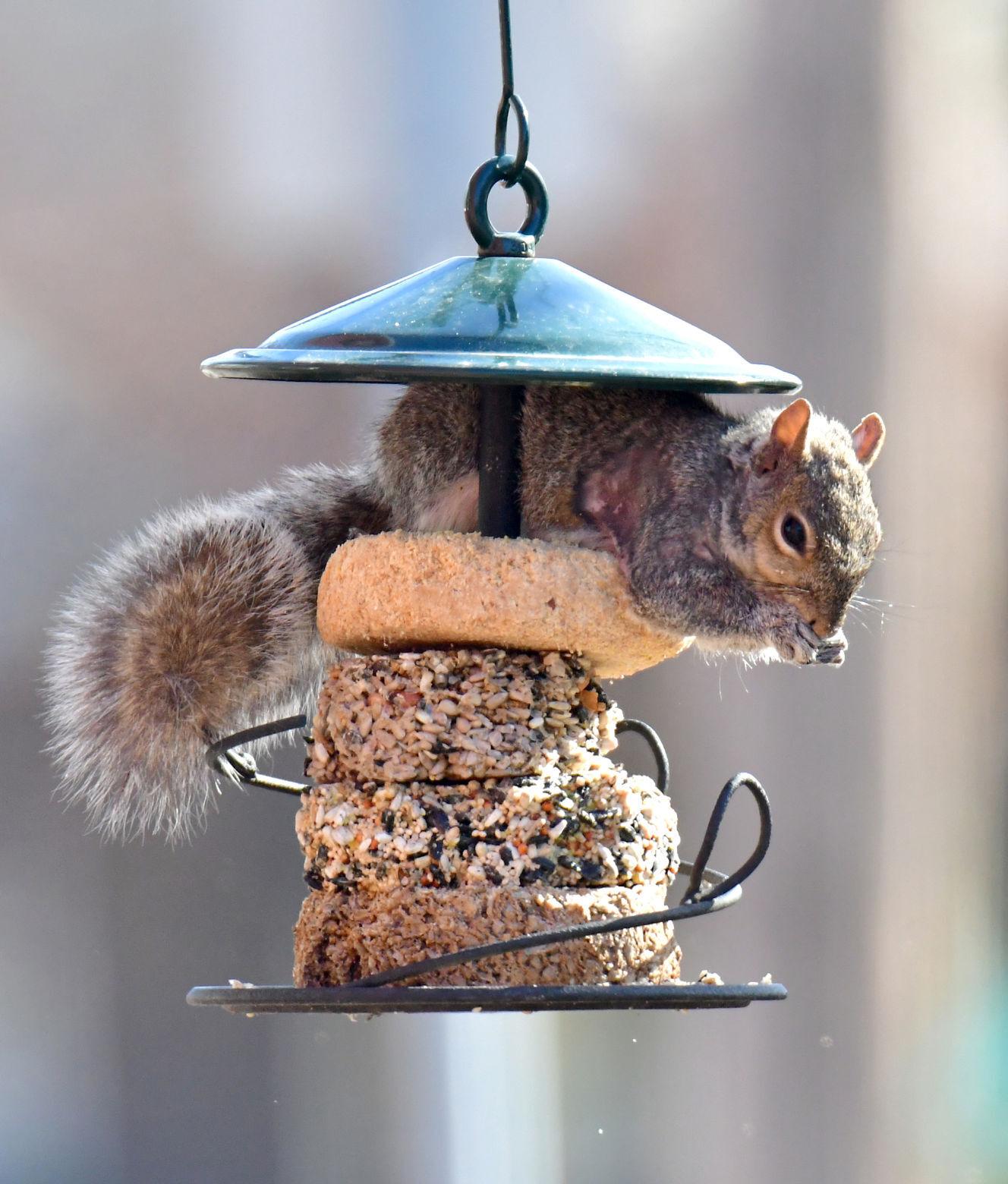 A squirrel chews its way from one suet cake to another as it feeds on a bird feeder hanging at the corner of Mulberry Street and West Avenue in Lenoir.

Patrick Dougherty’s sculpture, “What the Birds Know,” was installed in 2015 at the Peabody Essex Museum in Salem, Massachusetts. Dougherty will be building a similar sculpture at the Western North Carolina Sculpture Center in April.

An internationally renowned sculptor will build one of his massive works of interwoven sticks next month at the Western North Carolina Sculpture Center in Patterson.

Patrick Dougherty will work with a crew of volunteers — local residents can still sign up — starting April 5 to create the kind of large-scale sculpture he is known for, made by weaving together a huge number of tree saplings, said Joe Bigley, executive director of the sculpture center.

“He does these kind of whimsical, woven architectural stick forms that are highly interactive. People can walk inside of them,” Bigley said.

Dougherty has built over 300 of the pieces, and his art has been featured in multiple countries, including Scotland, Japan and Brussels, according to his website.

Dougherty was born in Oklahoma in 1945 but raised in North Carolina, and he served as a juror in the Caldwell Arts Council’s Sculpture Celebration in 2019.

Liza Plaster, a supporter of the sculpture center, raised funds for the project, Bigley said.

The sculpture center is still recruiting volunteers to help in the construction of Dougherty’s sculpture, which will take three weeks to complete.

What volunteers will do depends on their timing. In the first few days, they will harvest material, stripping truckloads of saplings of their limbs and leaves to prepare them for weaving. Later in the project, volunteers will follow Dougherty’s lead to integrate the sticks into the larger structure. Some climbing onto scaffolding may be involved.

Volunteers can sign up for morning shifts of 8 a.m. to noon, afternoon shifts that run from 1-5 p.m., or both, depending on their availability, Bigley said.

Volunteers also are needed for the weekend of April 10, and leading up to April 14 or April 19 the volunteers are welcome to stop by to see if extra help is needed, Bigley said.

“From what I understand, on average, these projects require like four tractor-trailer loads of sticks, so there’s a lot of prep work involved,” he said.

The work will run through April 23 and will culminate in a public event on April 24, Bigley said. That will begin about 6 p.m., and after 7:30 Dougherty and two other artists — Daniel Shieh, who creates interactive sculpture installations, and Rachel David, a blacksmith, sculptor and designer — will speak about their work.

Shieh will arrive April 20 as an artist in residence at the sculpture center. Work by David, who is based in Waynesville, also will be on display.

The sculpture center also will display the work of the late sculptor Wayne Trapp, a regionally renowned sculptor who died in 2016.

More examples of Patrick Dougherty's work can be seen on his website at http://www.stickwork.net/work

To volunteer to help, go online to www.wncsculpture.org/dougherty

Last August, while having breakfast at a diner in Newton, Keith Smith had an encounter with a waitress that sparked his interest.

He said he noticed her mask, and when he looked around at the distance between tables, he realized how the pandemic had changed every aspect of society, even something as simple as eating at a restaurant.

“We take it all for granted,” he said. “Everything we could do before has changed in some way.”

Smith, longtime director of Hudson’s Dinner Theatre, said that when the pandemic began, it disrupted his normal schedule, halting his creative work because COVID-19 made organizing shows unsafe.

“It really affected my identity with all the artistic work I do,” he said. “I’ve spent my whole life promoting things to attract audiences. Limiting myself is so hard.”

In an effort to reconnect with his love for drama, he drew from his encounter at the diner and wrote a play called “A Day in the Life of Amy G,” which follows the daily schedule of a waitress during the pandemic. The play is set in a restaurant, alternating between meals and monologues from breakfast to dinner, followed by an intermission. The second half of the play includes a waitress monologue and a conclusion.

Smith says the scenes are meant to be funny, with a little social commentary thrown in.

“The scenes tie the main idea together about how we deal with things in this age of COVID,” he said.

He hopes to stage the play at the Hudson Uptown Building while everyone is still socially distancing, which would stress the relevance. He wants to produce it as a dinner show, but with a twist: The waitresses from the play would serve food in character. Chairs in the auditorium would be 10 feet apart to emphasize the isolation everyone has experienced, and dinner would be served on individual trays.

Although the play is about one specific person, he said it’s meant to be inclusive, something that everyone can relate to.

“The message is that everyone matters, but we have to be sensitive to other people and be kind to our neighbors. We have to try to understand where others are coming from and not judge them before thinking about their position,” he said.

Smith has organized and directed many local plays, concerts and events over the past decade. He directs the Caldwell County Men’s Choir, dinner shows at the Hudson Uptown Building and the annual “Home for Christmas” concert, among other creative projects.

Smith hopes this play will be his reintroduction to directing and sharing his creative work with the public again.

“We can do things in our community to boost and help each other out. It’s all about that sense of being together again,” he said. 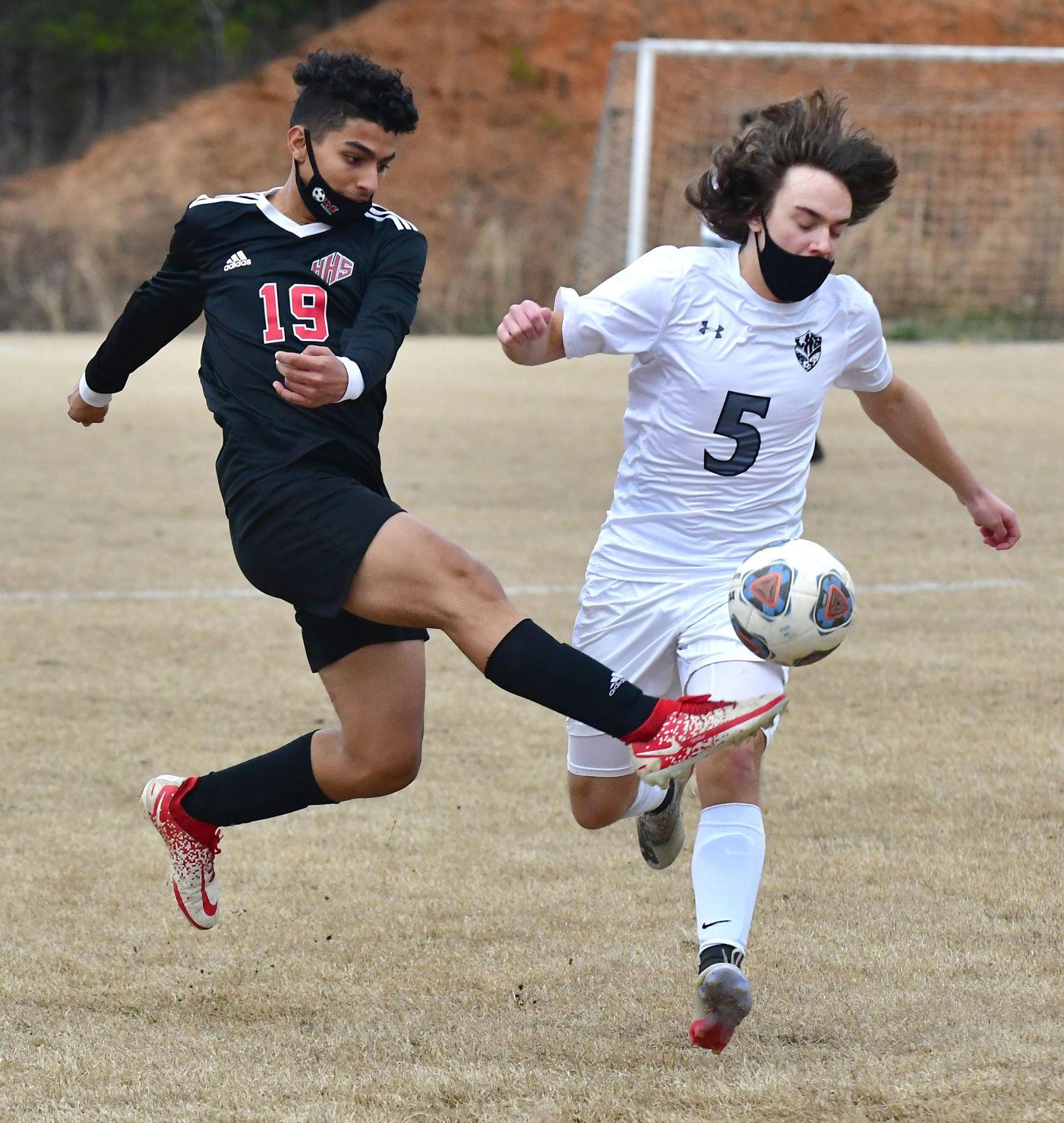