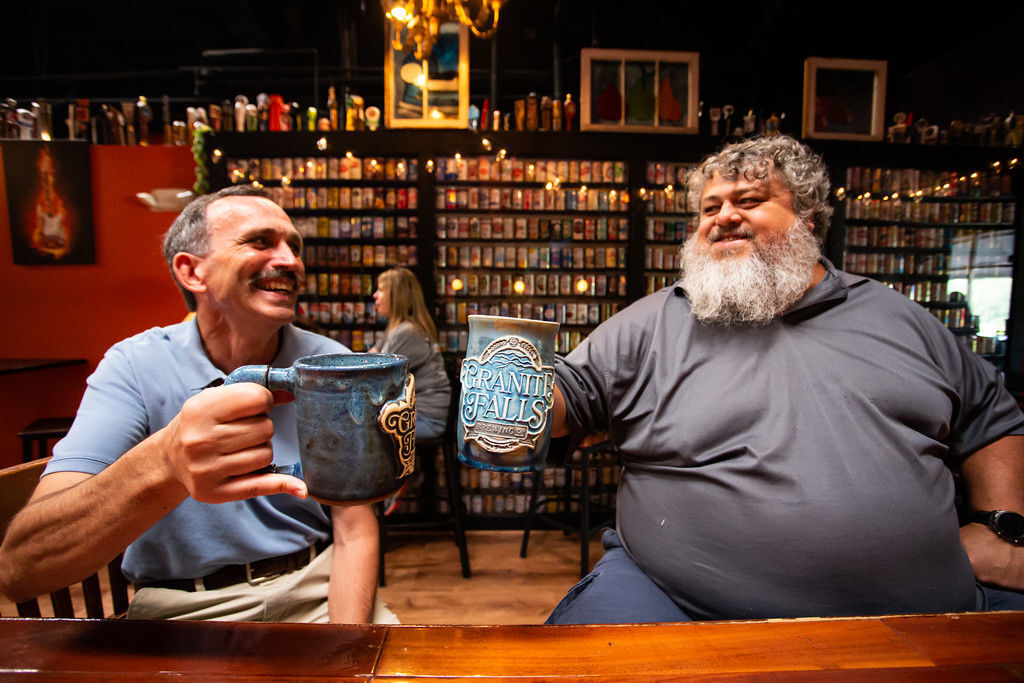 The proposed area encompasses most of Duke Street, commonly referred to as NODU by locals.

The proposed area encompasses most of Duke Street, commonly referred to as NODU by locals.

Similar to how the streets of New Orleans flow, the social district allows drinking alcohol in the street to be made legal in some outdoor areas, according to House Bill 890.

According to the new law, local officials will be required to clearly identify the boundaries and hours of the social district.

Anyone who buys alcohol to consume must not carry it out of the designated district, and to-go containers must have some sort of logo or marking indicating it has to stay within the social district, the law states.

If approved, Granite Falls would follow as having one of the first social district areas in North Carolina. The city of Kannapolis announced its newly formed social district, West Avenue District, as the first under the new law.

Mastroeli said he plans to submit his proposal for the district to the town of Granite Falls next week. The town will in turn have to submit it to the state for review.

“What this social district enables our residents to do in the residential area, is bring their dogs up here to the brewery, dine in the brewery, leave with a beer in their hand, a mixed drink in their hand, or wine, and they can walk home with this alcohol without being cited for an open container,” Mastroeli said.

Another possible benefit Mastroeli can envision from the social district is future events like concerts and festivals, where people can walk around and socialize with a larger alcohol boundary.

The number one concern Mastroeli said he’s heard so far is what the streets may look like after a fun-filled week of walking, talking, and tossing.

“I walk every day around here, there’s already trash all over the place,” he said. “There’s no trash cans. So what I propose to do is fix the problem. The brewery will pay for the trash cans and all materials, like trash bags.”

'Not surprised:' Lawmaker reacts to Trump suing her committee

Mastroeli said the social district would be closed on Sundays, and that during that time, himself along with other GFB employees, will take care of any leftover trash, change out the trash bags, and use his own trash cans to store the trash.

“The city does not need to worry about it,” he said.

“I also want everyone to know, if this were to be approved, I would end it if things were to get completely trashed or if any problems result from the district,” he added. “This is something that would be riding on our backs and if it doesn’t go well, I would retire it immediately.”

GFB has also offered to pay for all signs that are required by the ordinance, cups, and any other costs associated with the social district.

Rob Howard, developer of Duke Street Cottages, which is located on the proposed district street, says he’s on board.

“It creates a lot of connectivity and increases the likelihood of getting to know your neighbors,” Howard said.

Howard said he believes the social district would be yet another added benefit of living in one of the cottages, which are Caldwell County’s first solar powered homes.

“I know not everyone who moves in would be interested in drinking, but for someone who is, to be able to walk across the road, have dinner and some drinks and go home without getting a ticket would be good.”

Howard added, beyond that, “even if I wasn’t developing houses, as a citizen of Granite Falls it would be something I support. I think it would be a great thing.”