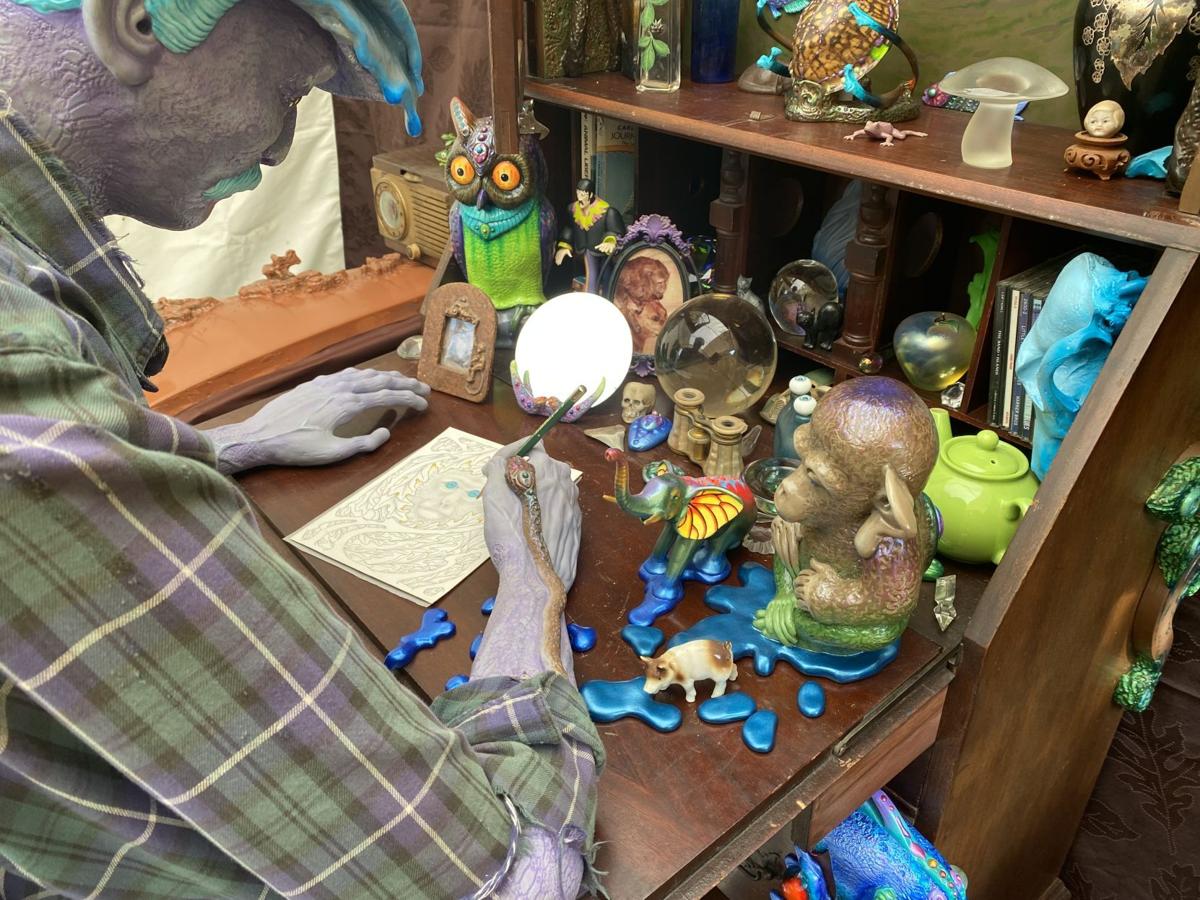 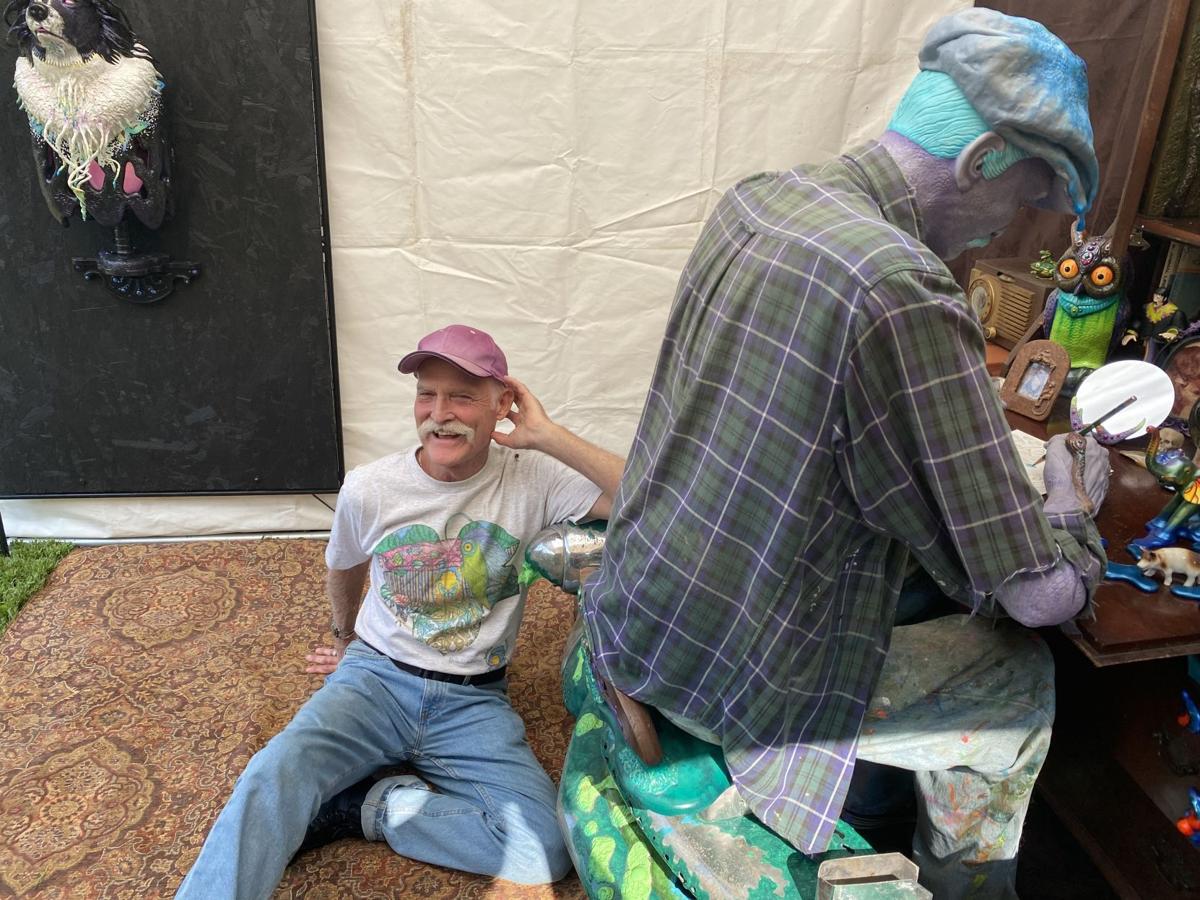 Nathaniel Miller poses with his award winning sculpture that he says took him hundreds of hours to complete. 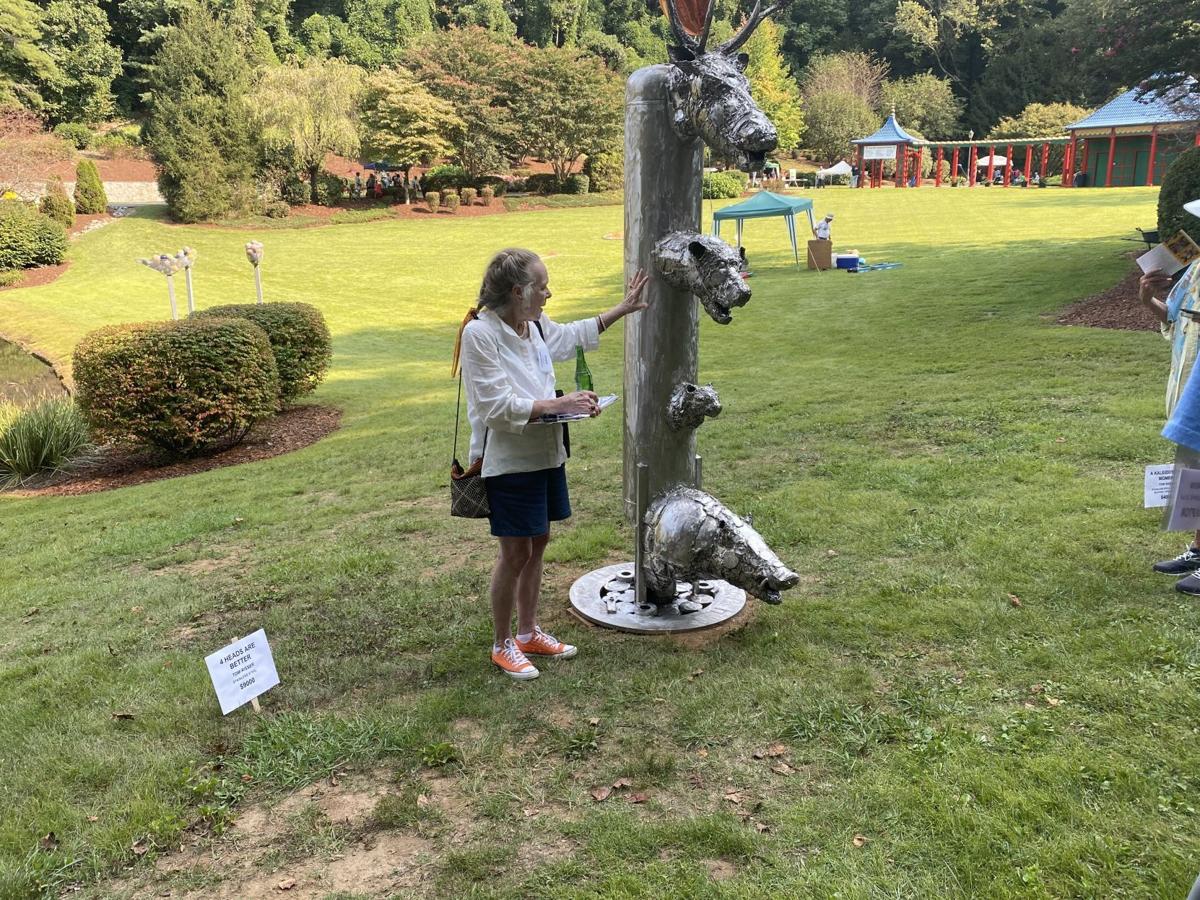 Judge Elizabeth Brim detailing her thoughts on one of the award winning sculptures titled “4 Heads Are Better” by Tom Risser. 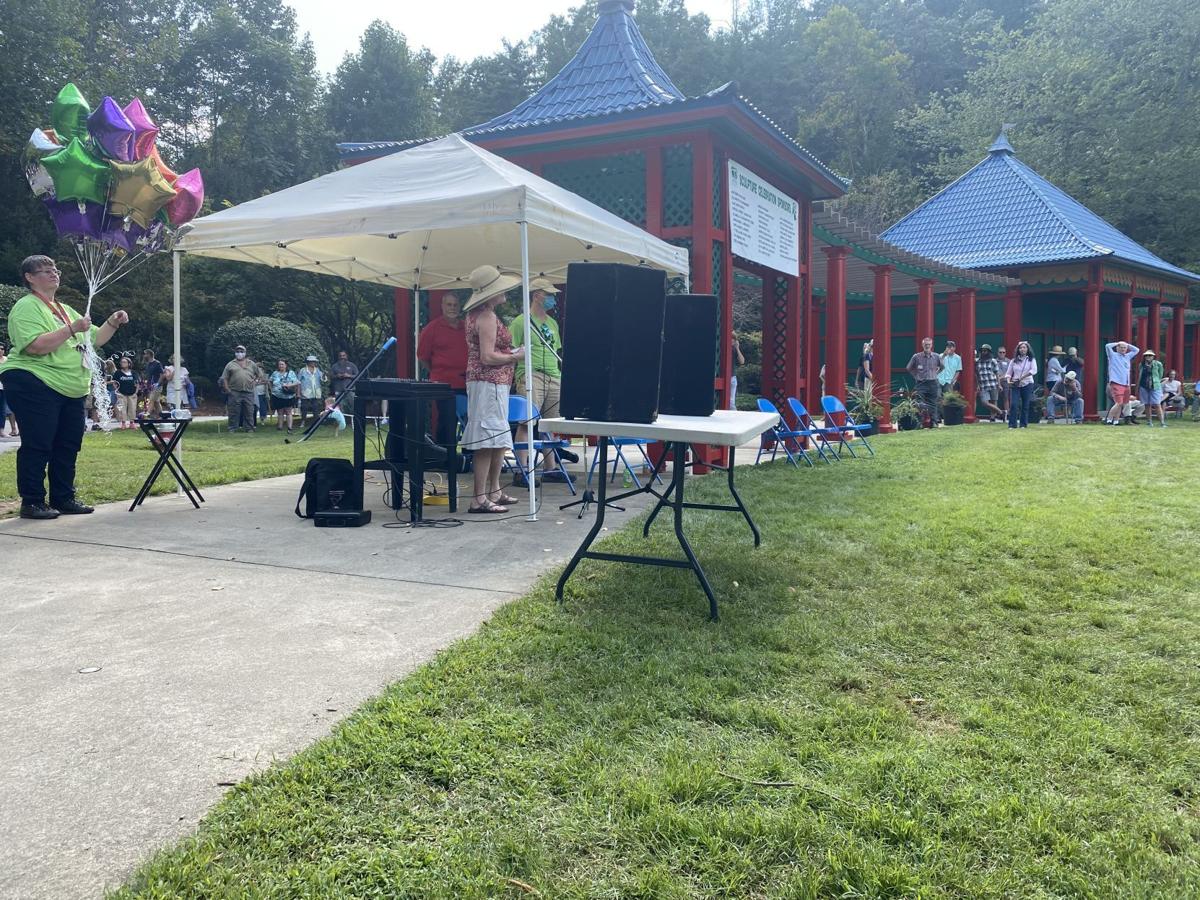 Nathaniel Miller poses with his award winning sculpture that he says took him hundreds of hours to complete.

Judge Elizabeth Brim detailing her thoughts on one of the award winning sculptures titled “4 Heads Are Better” by Tom Risser.

Sculptors and spectators alike gathered at the T.H Broyhill Walking Park in Lenoir on Saturday as live music filled the air during the Caldwell Art Council’s 35th Annual Sculpture Festival.

The festival boasted around 60 sculptors from all over the United States, showing over 150 pieces of art.

Among the artists was eleven year old Penelope Cervero from Hudson. Her piece titled “Recycle the Turtle,” was a turtle sculpted from trash. “All of this could end up in a stream and end up in the water. This piece is a message about the trash in the ocean,” she said. “We need to clean that up. Everyday people can at least recycle.”

Over $11,000 and 15 awards were given out to the artists, with some being chosen for a feature at the WNC Sculpture Center in Patterson. The WNC Sculpture Park, 4612 Patterson School Road, features over 60 works of art on 1,400 acres of land and is open to the public from dawn until dusk.

The festival was judged by Elizabeth Brim, a world renowned blacksmith and instructor at the Penland School of Craft. Brim took those who were interested on a judges tour at the end of the event, detailing what led to her decisions.

One award that wasn’t decided by Brim was the “People’s Choice Award,” where visitors of the celebration voted for their favorite work of art. The winner of this award went to Nathaniel Miller for his mixed media piece titled “Homework for Aunt Louise.”

When asked what inspired the piece, Miller flashed a cheeky grin before saying “Life on Earth.”

“This piece really took me 100’s of hours and that’s not an exaggeration,” he said.

The Caldwell Arts Council will have a full list of winners in the coming days.