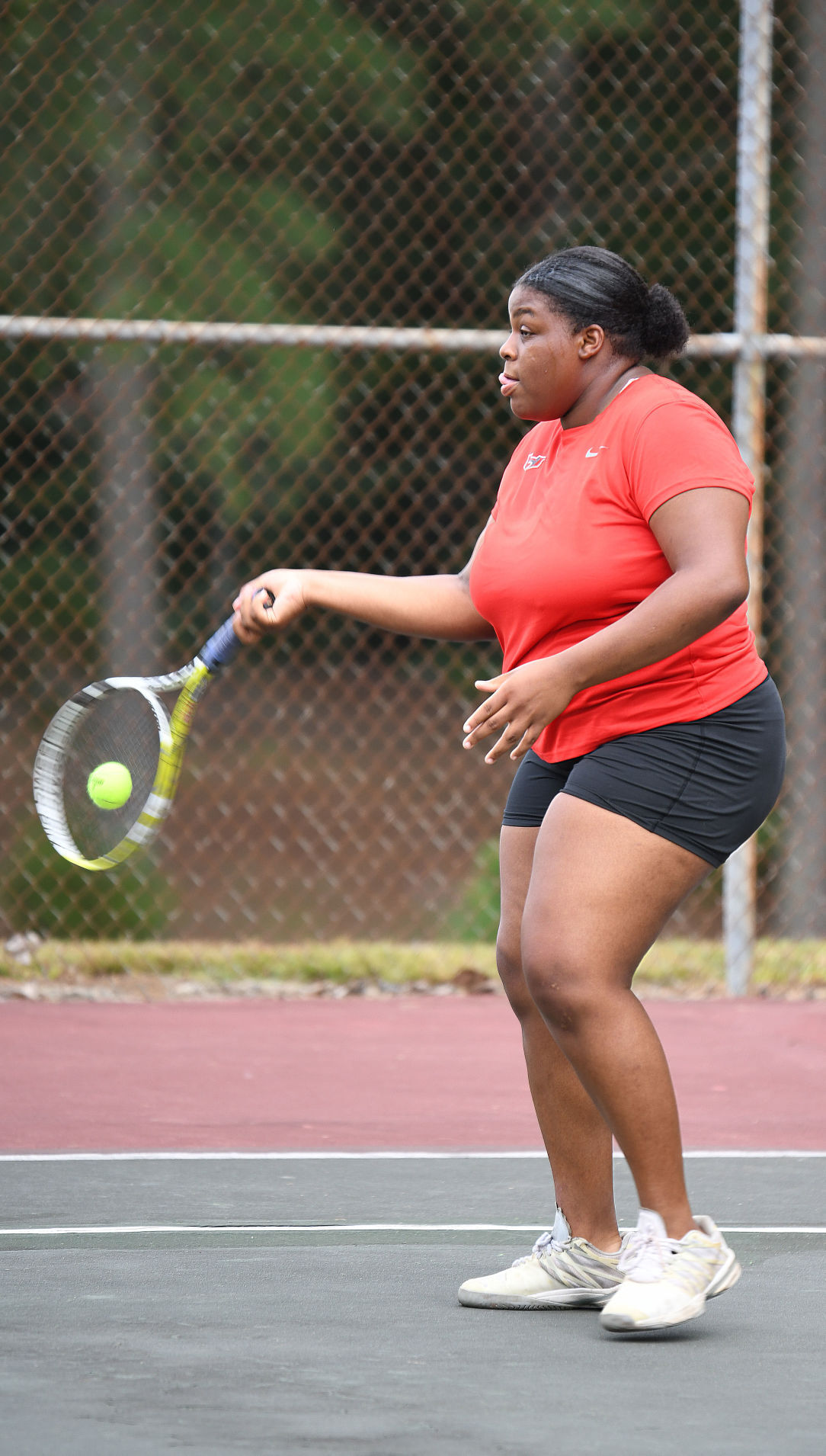 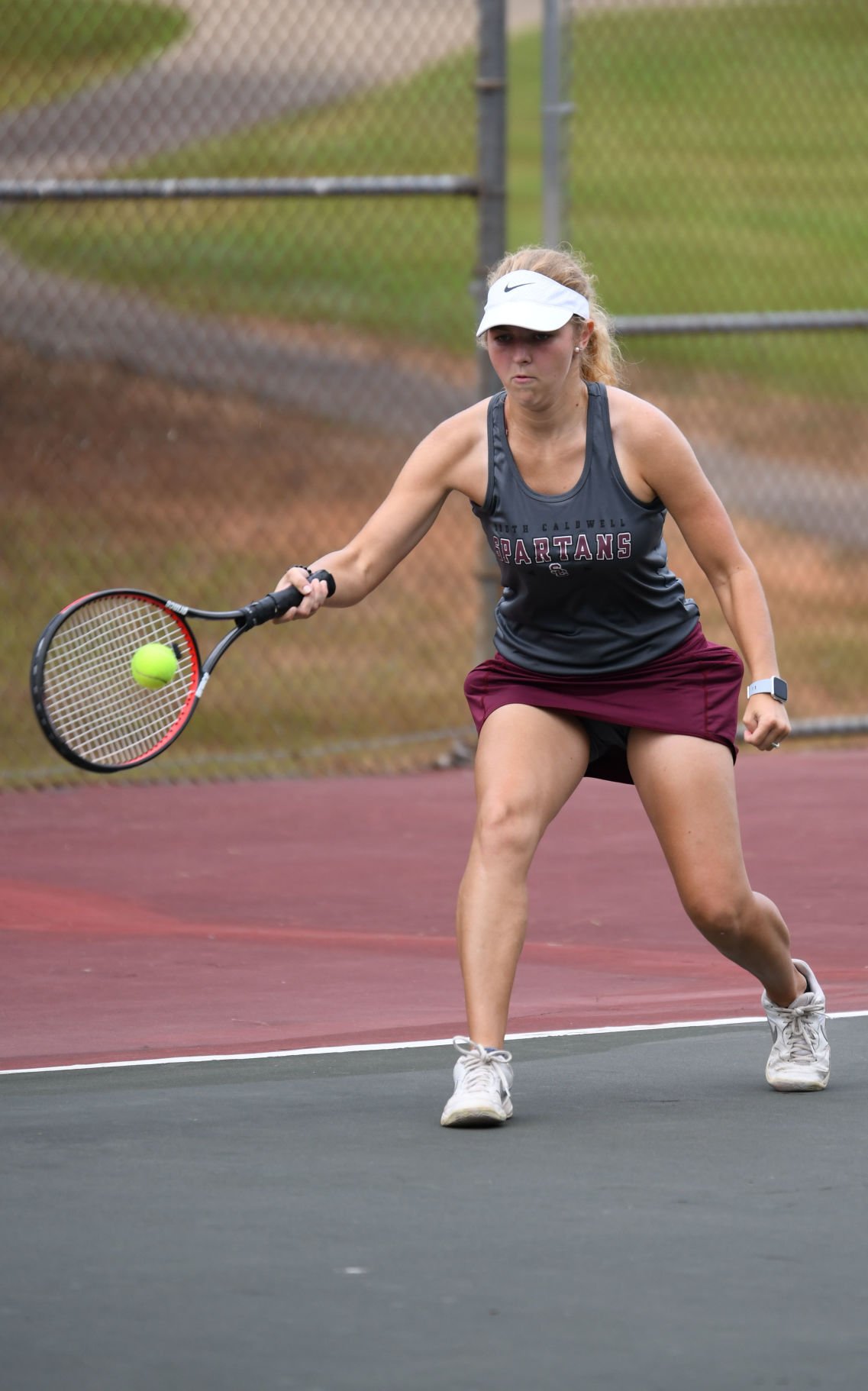 Hibriten’s Natalie Jones serves to South Caldwell’s Georgia Reichling during their match at No. 4 singles on Monday.

Hibriten’s Natalie Jones serves to South Caldwell’s Georgia Reichling during their match at No. 4 singles on Monday.

In keeping with Friday night’s dramatic ending to the football game between South Caldwell and Hibriten, Monday’s girls tennis match between the Spartans and Panthers had its share of tension and intrigue as well.

With South Caldwell leading 2-1 in singles and needing three wins in the last five matches, Hibriten rallied with four straight wins to reach the magic number of five and break a two-match losing streak with a 5-4 win on the Spartans’ home court.

The deciding doubles match between Hibriten’s Cassey Vaught and Charlotte Gardner and South Caldwell’s Gwenyth Frye and Victoria Villacorte ended in an 8-8 tie after their pro set, and the Panthers’ duo came away with a 7-2 win in the tiebreaker to secure the overall match.

The Panthers improve to 6-3 on the season, and the Spartans’ record stands at 2-3.

Scott Frost's Huskers have failed to summit Mt. Close. The key? 'Get an inch better'

Field Pass: Everything you need to know about Friday's Arizona-Washington game

Here's why Whitney Mercilus signed with the Packers

Hibriten narrowly defeated Alexander Central by one shot Monday at Orchard Hills Golf Club in Granite Falls and maintained its large lead in the Northwestern 3A/4A conference team standings. The Panthers are 23 shots ahead of the second-place Cougars.

Trinity White of Hibriten continued her dominant run in the individual standings and claimed medalist honors with a nine-hole total of 42. She holds a 12-shot lead over Alexander Central’s Parker Matlock, who shot 46 on Monday.

The Spartans have a firm hold on fourth place in the conference team standings and trail third-place Watauga by 18 shots.

The next match is set for Tuesday, Sept. 28 at Brushy Mountain Golf Club near Taylorsville.