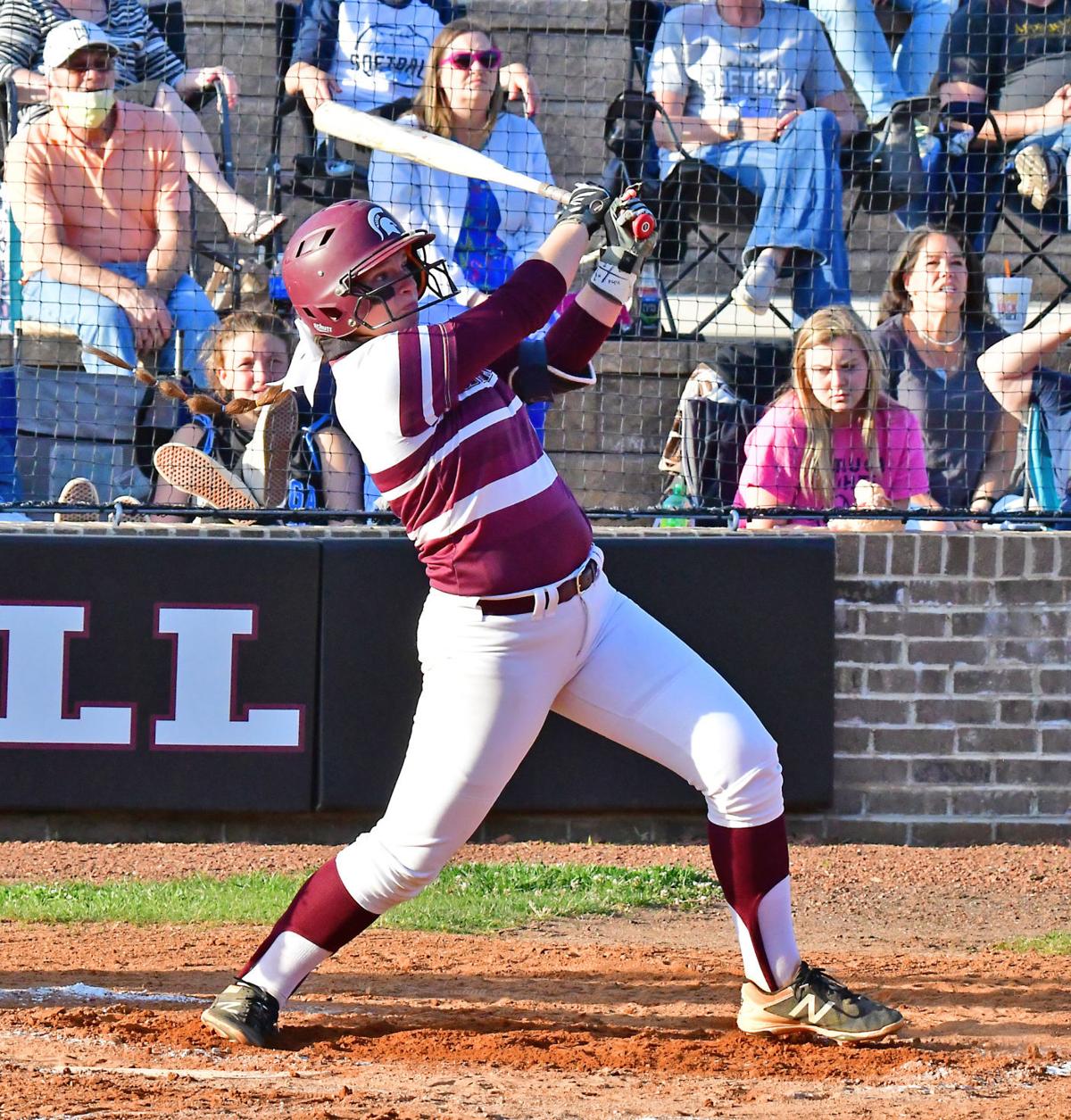 South Caldwell’s Kadie Becker watches as her grand-slam ball takes off during Monday’s game against Watauga in Sawmills. Becker had six runs batted in as well as 10 strikeouts in the circle. 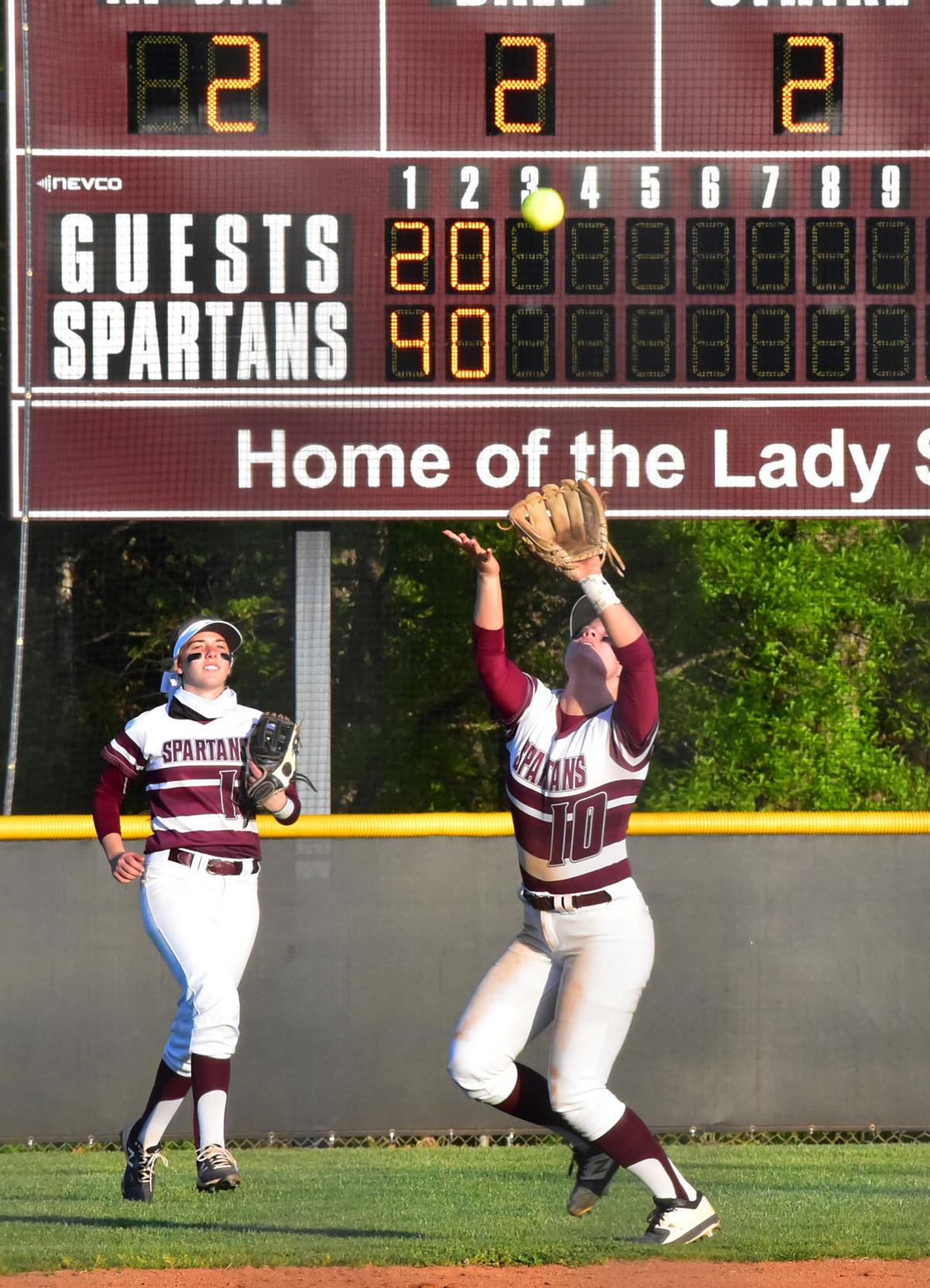 South Caldwell’s Kadie Becker watches as her grand-slam ball takes off during Monday’s game against Watauga in Sawmills. Becker had six runs batted in as well as 10 strikeouts in the circle.

SAWMILLS — After losing 27-0 to South Caldwell on March 31, Watauga showed a different side of itself early in Monday’s matchup. The Pioneers jumped out front 2-0 in the top of the first, but Kadie Becker’s bat proved to be the difference as the Spartans took an 8-4 win in their regular-season finale.

Watauga had a bead on Becker in the top of the first. After allowing a one-out double, Becker gave up three straight hits that plated two runs to put the Pioneers on the board before the Spartans got out of the inning.

Maddie Carpenter got the first of her three hits on a one-out laser to right. Regan Weisner drew a walk, and Ciera Hanson loaded the bases with a single to short center that brought Becker to the plate. With one swing of the bat, Becker cleared the bases with a monster grand slam that was still rising as it sailed over the wall to straightaway center field. Just like that, South Caldwell led 4-2.

The offensive burst seemed to settle Becker in the circle as well. She struck out the side in the top of the second and would allow only two more hits the rest of the way, finishing with 10 strikeouts.

South Caldwell’s bats weren’t settling, though. Weisner just missed on a two-run home run in the bottom of the second that appeared to be just inside the foul pole in left but was ruled a foul ball. In the bottom of the fourth, Kenley Jackson led off with a sharp double to left. Chloe Phillips laid down a sacrifice bunt that got Jackson all the way to third. She would score on Jasmine Hall’s groundout to second to make the score 5-2. Carpenter then tripled off the wall in right-center. Becker came to the plate with the bases loaded again after two-out walks to Weisner and Ciera Hanson, and she would deliver with a two-run double that scored Carpenter and Weisner for her fifth and sixth RBIs of the game.

The Spartans (12-1, 12-0 Northwest 3A/4A) would add another run in the bottom of the sixth when Carpenter scored on a groundout to third by Hanson to push South Caldwell’s lead to 8-2 heading into the top of the seventh.

Watauga needed to find some magic to rally from six runs down, and the Pioneers clawed at least part of the way back before Becker shut them down to end the game. With two on and two out, Watauga’s Dagan Newsome delivered a perfectly placed ball to right that dribbled to the wall and resulted in two more runs for the Pioneers and put Newsome on third. Becker then rang up her 10th strikeout of the game and handed the Spartans the win.

The North Carolina High School Athletic Association will release the softball playoff brackets on May 1, and first-round games are scheduled for May 3.