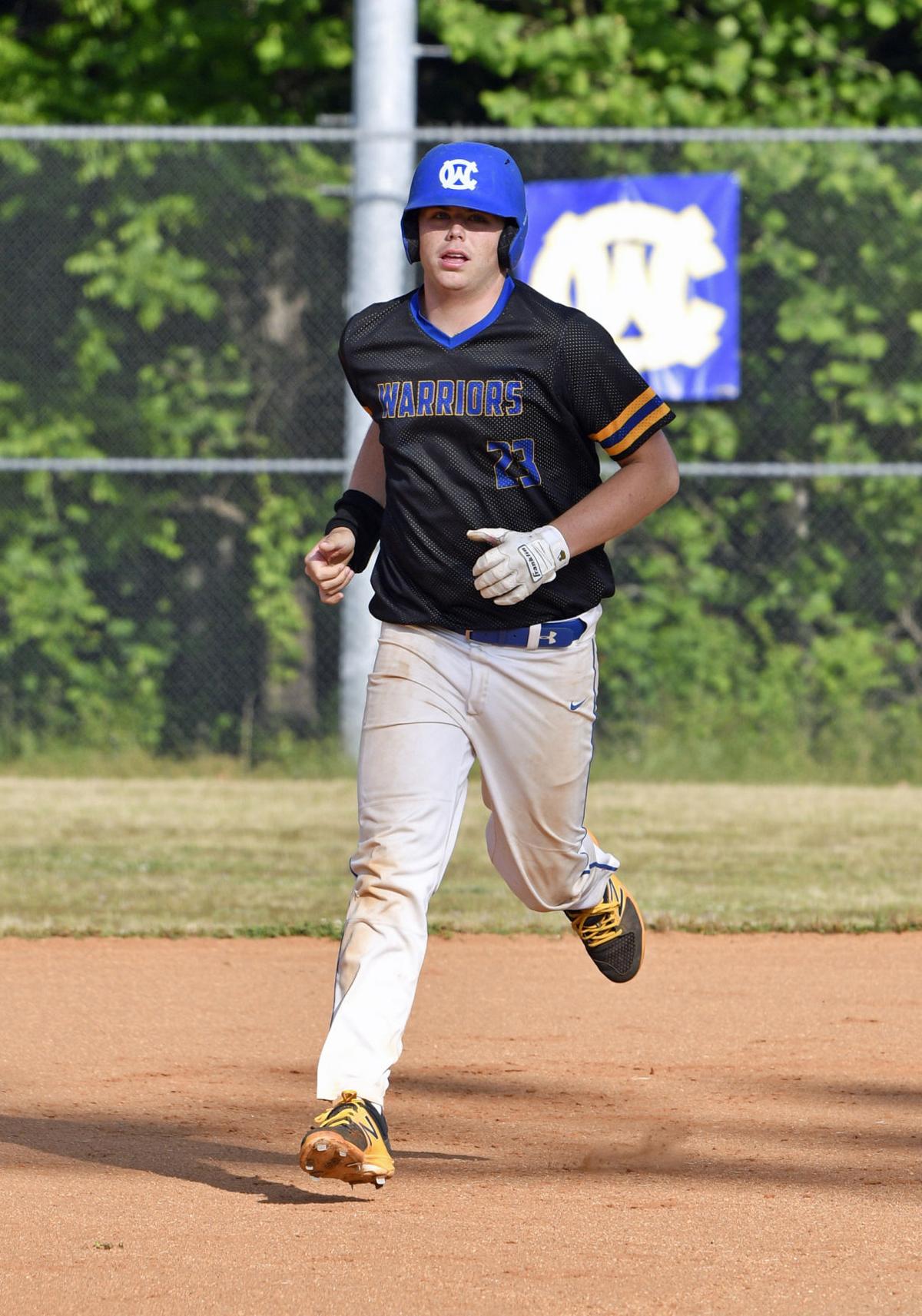 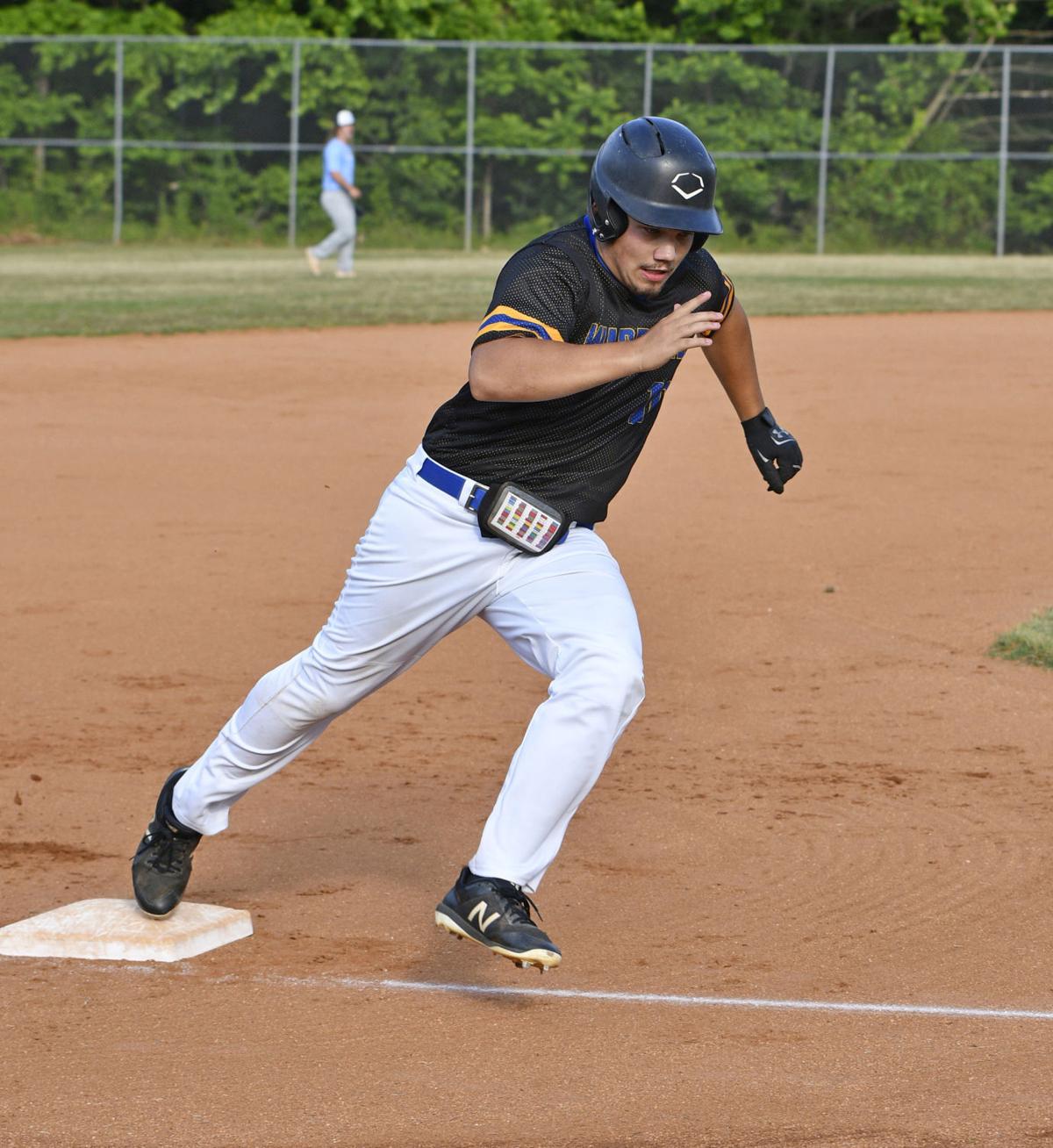 West Caldwell’s Bryson Edmisten (10) heads for home on a base hit by Keaton Greer in the second inning of Tuesday’s game against East Burke. 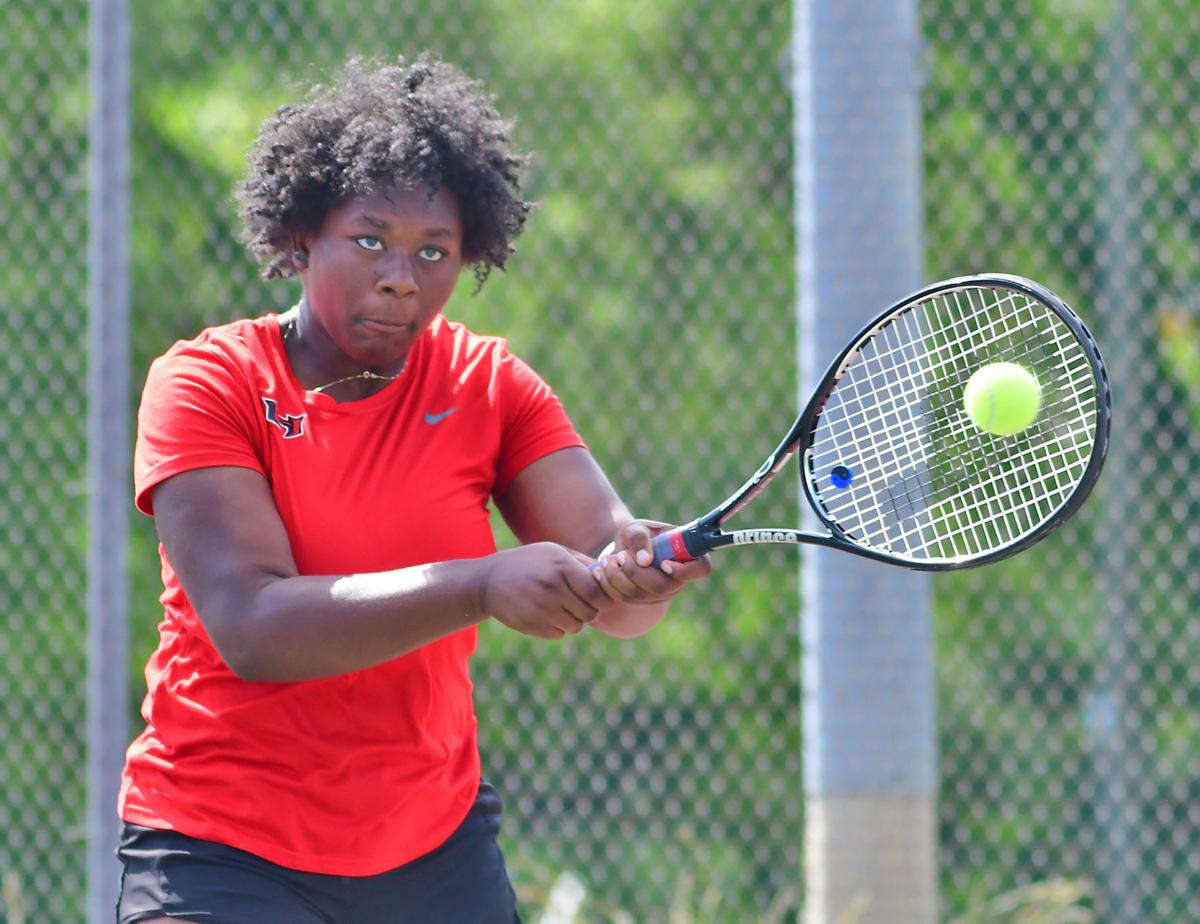 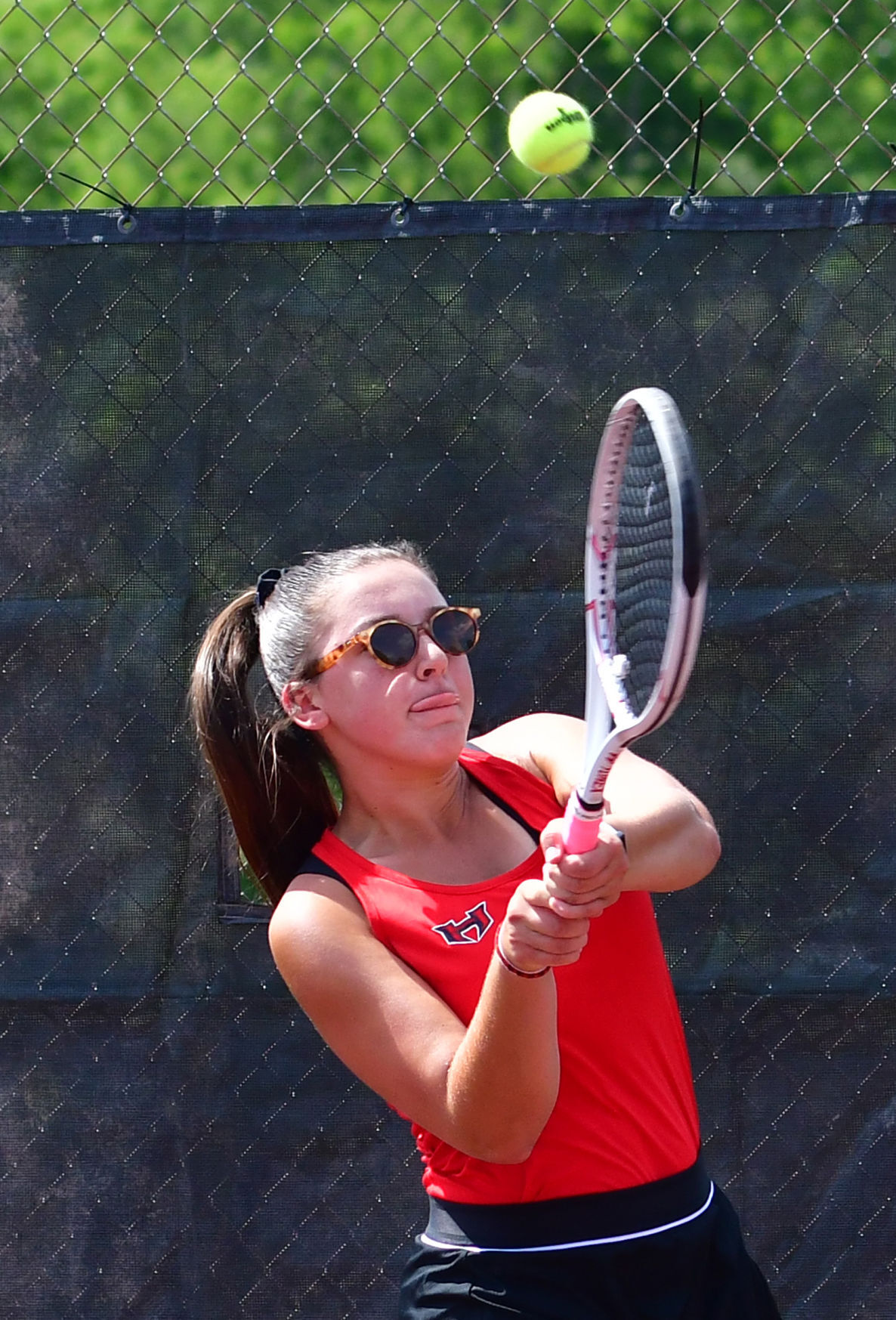 Hibriten’s Keira Andrews hits a return during her match against Patton’s Nikita McClure at No. 2 singles. Andrews was a 6-2, 6-1 winner Tuesday.

West Caldwell’s Bryson Edmisten (10) heads for home on a base hit by Keaton Greer in the second inning of Tuesday’s game against East Burke.

Hibriten’s Keira Andrews hits a return during her match against Patton’s Nikita McClure at No. 2 singles. Andrews was a 6-2, 6-1 winner Tuesday.

GAMEWELL — Young teams take their lumps. It’s a part of the process. Take your lumps, get better, find ways to win.

West Caldwell is a young team with four juniors, two seniors and a bunch of freshmen and sophomores. The Warriors have taken their lumps, and they’re entering the getting better phase. The only thing left is finding ways to win.

They very nearly did that Tuesday at home against East Burke. West Caldwell carried a 3-1 lead into the fifth inning before the Cavaliers manufactured two runs in the fifth and another in the sixth for a 4-3 win over the Warriors.

West Caldwell (0-11) got on the board early when Ty Winebarger hit a towering solo home run to left-center with two out in the bottom of the first inning. Just like that, the Warriors led 1-0.

The Warriors added to that lead in the second thanks to a two-out seeing-eye single by senior Keaton Greer that went between first and second and scored Bryson Edmiston for a 2-0 cushion heading into the third.

Winebarger, who got the start on the mound for West Caldwell, didn’t allow a hit through three innings and got the first two batters out in the Cavs’ half of the fourth. Colen Eckard then ripped a solo homer right down the left-field line to put East Burke on the board and cut West Caldwell’s lead to 2-1. The Cavs continued to threaten in the top of the fourth. Ethan Keener followed Eckard’s shot with a double to the wall in left, and he moved to third when Cash Norman reached on an error to give East Burke runners on the corners with two out. Winebarger forced Ben Elkins to pop out to first, ending East Burke’s half of the fourth inning before the Cavs could do more damage.

West Caldwell picked up another run in the fourth and had an opportunity to score a lot more. Jace Bumgarner reached on an infield hit when the umpire ruled the first-baseman’s foot came off the bag to gather the throw from third.

Bumgarner moved to second when Blake McElyea laid down a perfect bunt that East Burke had no play on, giving the Warriors runners on the corners with nobody out. Edmiston reached on an error, scoring Bumgarner from third to give West Caldwell a 3-1 lead with one out. Greer loaded the bases with an infield hit, bringing freshman Brian Sumpter to the plate. He hit into a 1-2 fielder’s choice that caught McElyea at the plate for East Burke’s second out and kept the bases loaded for the Warriors. Eckard, who came on in relief of East Burke starter Ben Elkins, ended the fourth with a strikeout that started a run where he struck out eight of the next nine batters he faced.

East Burke scratched its way into a tie in the fifth. Luke Bumgarner drove in Jake Bevins, who walked to lead off the inning to cut the Warriors’ lead to 3-2; Bumgarner got to third on a ground-out and tied the game when he scored on a sacrifice fly by Blaine Fulbright.

Norman put the Cavaliers (1-10) in scoring position with a one-out triple in the top of the sixth that fell just inside the left-field line, and Elkins singled to left to plate Norman and give East Burke its first lead of the night at 4-3. McElyea, who came on in relief of Winebarger in the sixth, got the last two outs with a strikeout and a ground-out to third to end the inning.

West Caldwell had a chance to win it in the seventh. Brett Vines led off the inning with a well-hit ball that reached the warning track in left but was caught. Tanner Collier drew a one-out walk, putting the tying run on and bringing the winning run to the plate. Winebarger just missed a walk-off opportunity when he got a little under Eckard’s offering and popped out. Bumgarner came to the plate with the same opportunity, but another well-hit fly ball was caught to end the game.

West Caldwell visits East Burke tonight looking for its first win of the season before turning its attention to the season-ending series against arch-rival Hibriten next week.

Bears 8, Panthers 6In Lenoir, Hibriten spotted unbeaten Bunker Hill eight runs through five innings and nearly rallied back before dropping its fifth in a row. The Panthers, trailing 8-1 heading into the seventh, scored five in the final inning, but the Bears (11-0) were able to shut down the comeback bid.

Austin Holloway led Hibriten (5-7) with two hits and two RBIs, while Jake Absher had a hit and two RBIs and Nick Tucker had two RBIs.

In Hickory, St. Stephens dealt a damaging blow to South Caldwell’s playoff hopes with a shutout win over the Spartans.

South Caldwell (7-4, 6-4 Northwest 3A/4A) is listed as one of the first teams out in TheHighSchoolOT.com’s 4A baseball playoff projections, which were released Monday. McDowell is assured of the 4A conference championship and is tied with the 3A Indians for the overall title.

The Spartans visit Alexander Central at 2 p.m. Saturday. They’ll play their conference finale at home against Watauga on Monday and are scheduled to close out the regular season at home on Friday with a non-conference matchup against Lincoln Charter.

Regionals are scheduled for June 18-19 at Gardner Webb University, and the state tournament is set for June 25-26 at Cary Tennis Park.