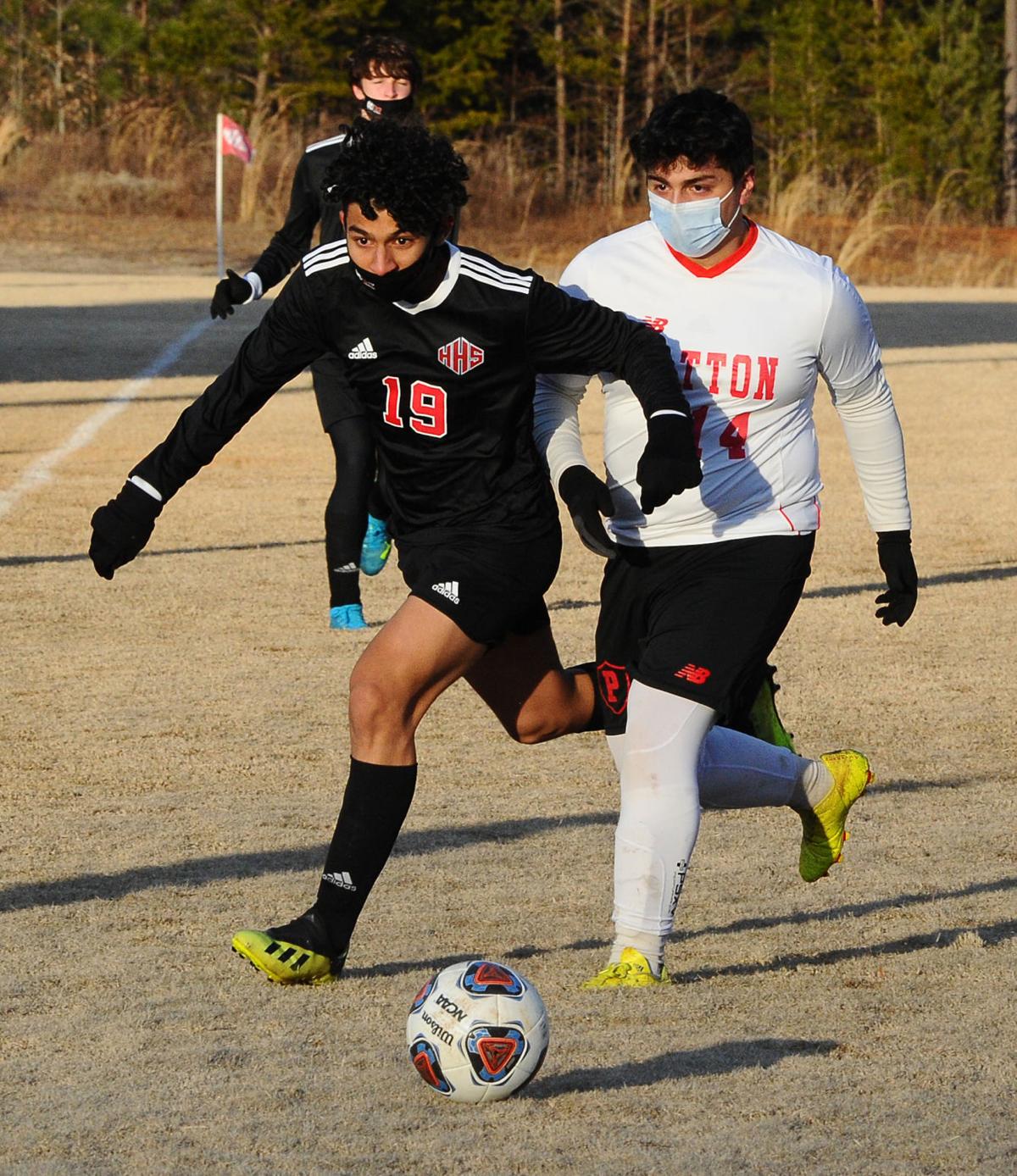 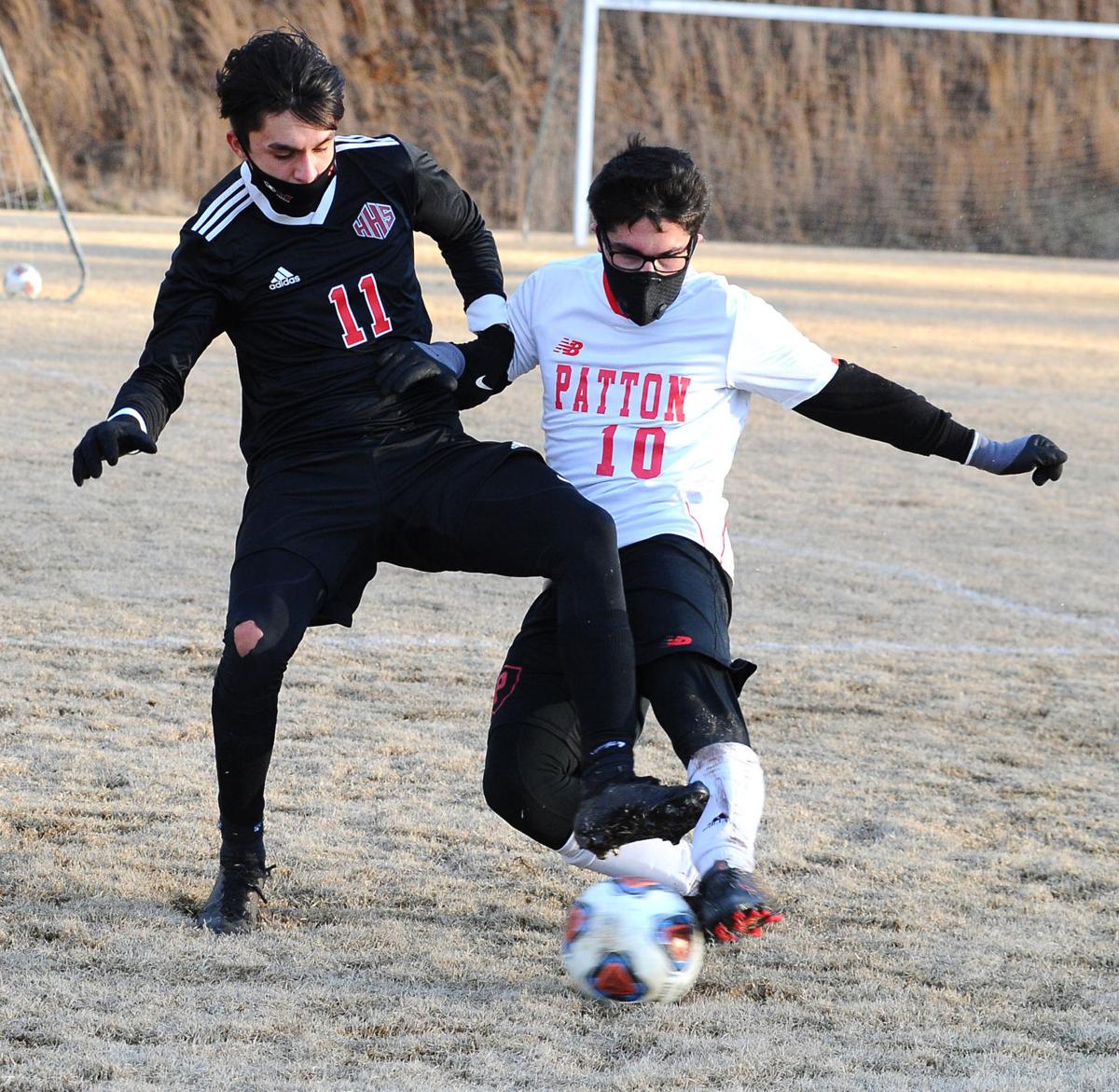 Hibriten has opened its boys season in as dominating a fashion as anyone could want. The rules say as soon as a team reaches a nine-goal lead, the game is over. The Panthers accomplished that in their first two games of the season, and they chalked up another early finish in Tuesday’s 9-0 win over visiting Patton.

To date, Hibriten has outscored its opponents 27-0. The Panthers lost only two starters from last year’s squad that lost to East Lincoln in the 2A West regional final, so head coach Jim Blanton said he had a feeling despite all the uncertainty the pandemic has brought.

“Heading into the season I knew we could be good, but with all the craziness of 2020 and unknowns I wasn’t very sure what may happen,” he said. “In soccer, you never go into games expecting mercy rules, but so far this year, goals have been coming in bunches.”

That certainly was the case Tuesday as Hibriten raced out to a 3-0 lead less than six minutes into the match. Gerardo Rodriguez scored the first of this three goals at the 37-minute mark on an assist by Irwin Guzman, and David Franquiz scored two more in the span of 2:52.

Over the course of the next 10 minutes, the match settled into a more expected rhythm. The Panthers kept their relentless attack going, and Patton was never able to mount an attack of its own. Hibriten keeper Mack Waters had a quiet night in goal, registering only one save, and the Panthers rang up another three goals in the final 15 minutes of the half. Rodriguez scored on a penalty kick at the 14:50 mark, Colby Roberts drilled a ball into the back of the net from 25 yards out with 9:31 remaining and Grayson Clark scored on an assist from Kevin Rios with 3:54 left in the half.

Rodriguez and Franquiz both earned their hat tricks in the second half, and Trent Allen blistered a shot from 35 yards out with 37.1 seconds left to end the game.

The old adage is the best defense is a good offense, and the Panthers use that philosophy to great effect.

“We like to try and put as much pressure on their defense as possible so that we can win the ball on their side of the field and get lots of opportunities at goal,” Blanton said.

When a team has the ability to create scoring chances and is able to capitalize on them as well as Hibriten has so far this season, it’s easy for some teams to think every game will go the way the last three have, but Blanton said the Panthers two significant reality checks that will keep them from getting too complacent.

“We don’t like to look past any opponents, but we know West Caldwell and Fred T. Foard are the best teams in the league,” he said. “We try to push ourselves to prepare for them the best way we can. We also talk about how we have to respect every opponent but never fear an opponent.”

The Panthers, ranked No. 2 in Class 2A by MaxPreps, hosted Bunker Hill on Wednesday and have West Caldwell coming over on Feb. 8, followed by a trip to Foard on Feb. 10.