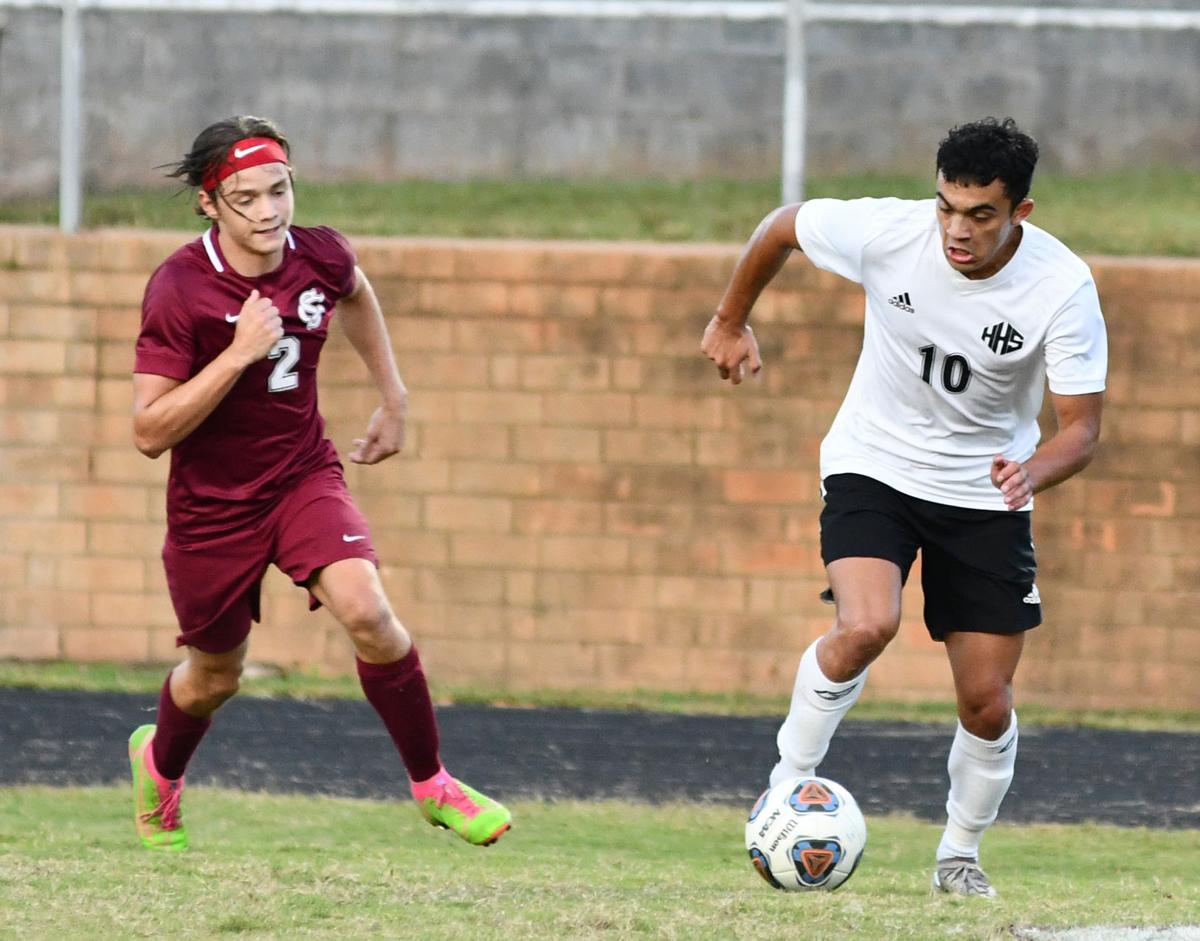 Hibriten’s Kevin Rivera-Rios (10) pushes the ball up the field as South Caldwell’s Jonah McBurney (2) closes in during Monday’s game in Sawmills. Rivera-Rios scored three first-half goals for the Panthers. 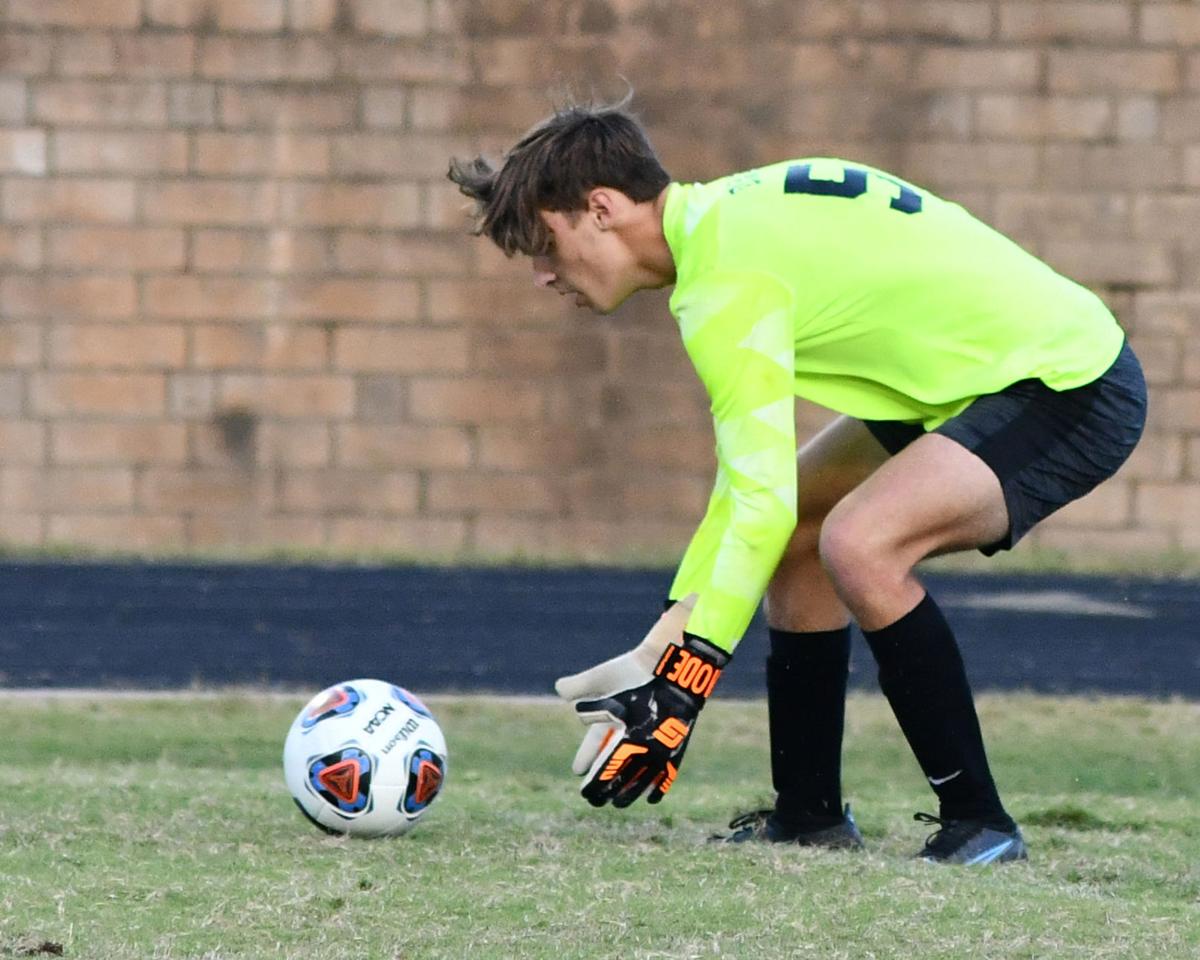 South Caldwell keeper Jayden Drumm gathers up a shot against Hibriten. Drumm made several key saves for the Spartans. 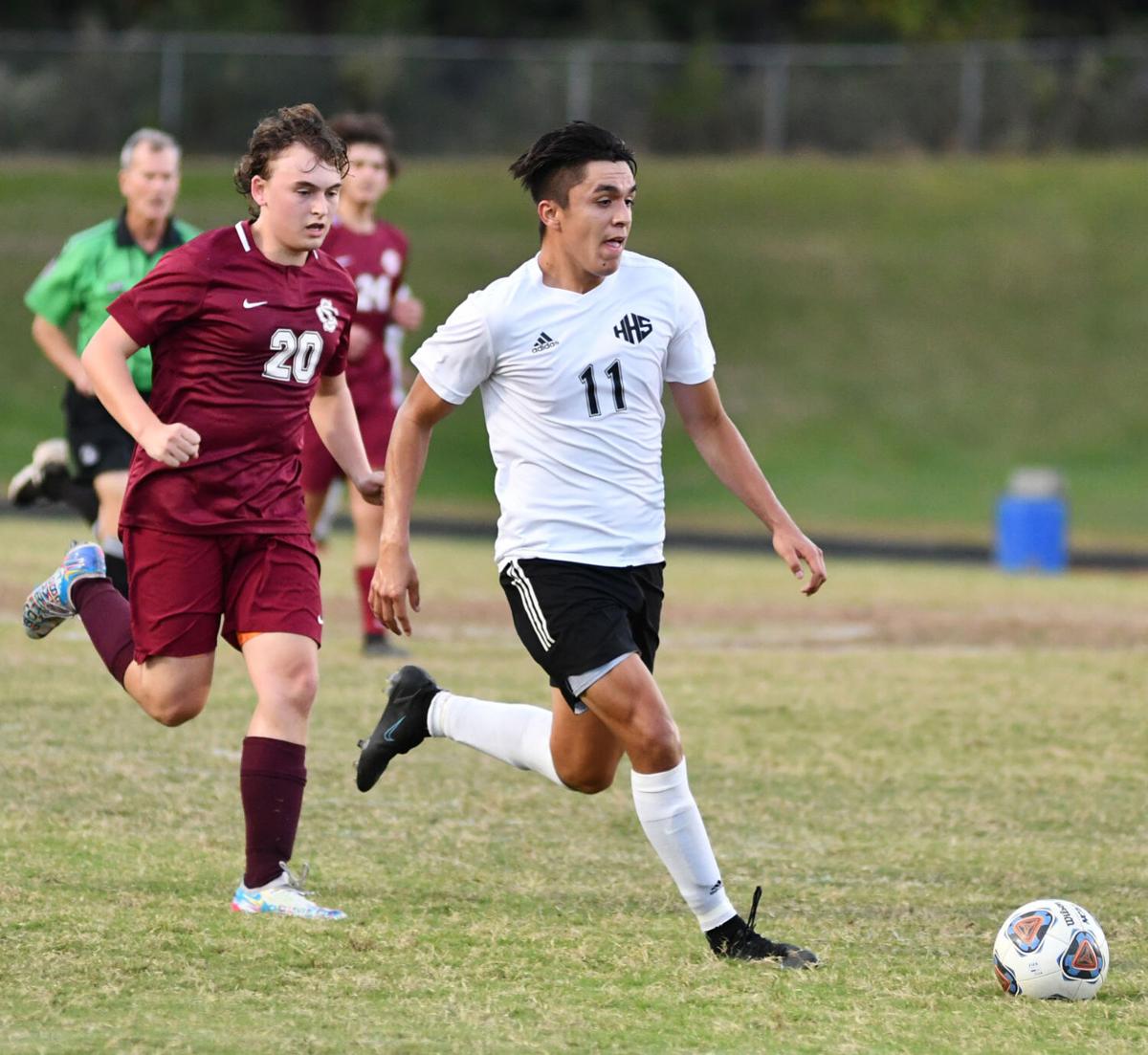 Hibriten’s Kevin Rivera-Rios (10) pushes the ball up the field as South Caldwell’s Jonah McBurney (2) closes in during Monday’s game in Sawmills. Rivera-Rios scored three first-half goals for the Panthers.

South Caldwell keeper Jayden Drumm gathers up a shot against Hibriten. Drumm made several key saves for the Spartans.

SAWMILLS – Monday’s matchup between Hibriten and South Caldwell looked on paper like it would be over in short order. The Panthers entered the game undefeated and are one of the best 3A teams in the state; the Spartans got their first win of the season last week at Ashe County and had scored a total of eight goals.

That’s why they play the games on the field instead of on paper.

South Caldwell, playing with only 10 men after being issued a red card early in the match, put forth a strong defensive effort in a 6-0 loss to Hibriten.

The Spartans (1-8, 1-3 Northwestern 3A/4A) clogged up the sidelines, bottling up the Panthers’ speedy wingers Kevin Rivera-Rios and Gerardo Rodriguez for the first 20 minutes despite being a man down. However, Hibriten managed to find its running lanes and started attacking the net in the second 20 minutes of the first half. Rivera-Rios scored three goals in a five-minute span in the first half to stake Hibriten to a 3-0 halftime lead that could’ve been much larger if not for several big saves from South Caldwell keeper Jayden Drumm.

The Panthers (13-0, 5-0 NWC) cranked up the pressure coming out of the break. Tyler Roberts fired a bending shot that was gathered up by Drumm just 1:12 into the second half, and David Franquiz scored the first of his two second-half goals just 30 seconds later to put the Panthers up 4-0 with 38:17 left in the game.

Rodriguez fought through two defenders and scored with 35:02 remaining to put Hibriten up 5-0, and Franquiz got his second with 30:58 left to play. With a 6-0 lead, the Panthers emptied the bench.

Palmer Tucker, Johnny Pineda, Roberts and Rodriguez all had an assist each, while JT Goudas had one save and picked up the win in goal for Hibriten. Kendall Bryant gathered in two saves in relief of Goudas.

West Caldwell improved to 7-9 overall and 5-4 in the Catawba Valley Athletic Conference with a shutout win Monday at Bunker Hill to split their season series.

Big Ten roundup: Purdue beats the No. 2 out of Iowa