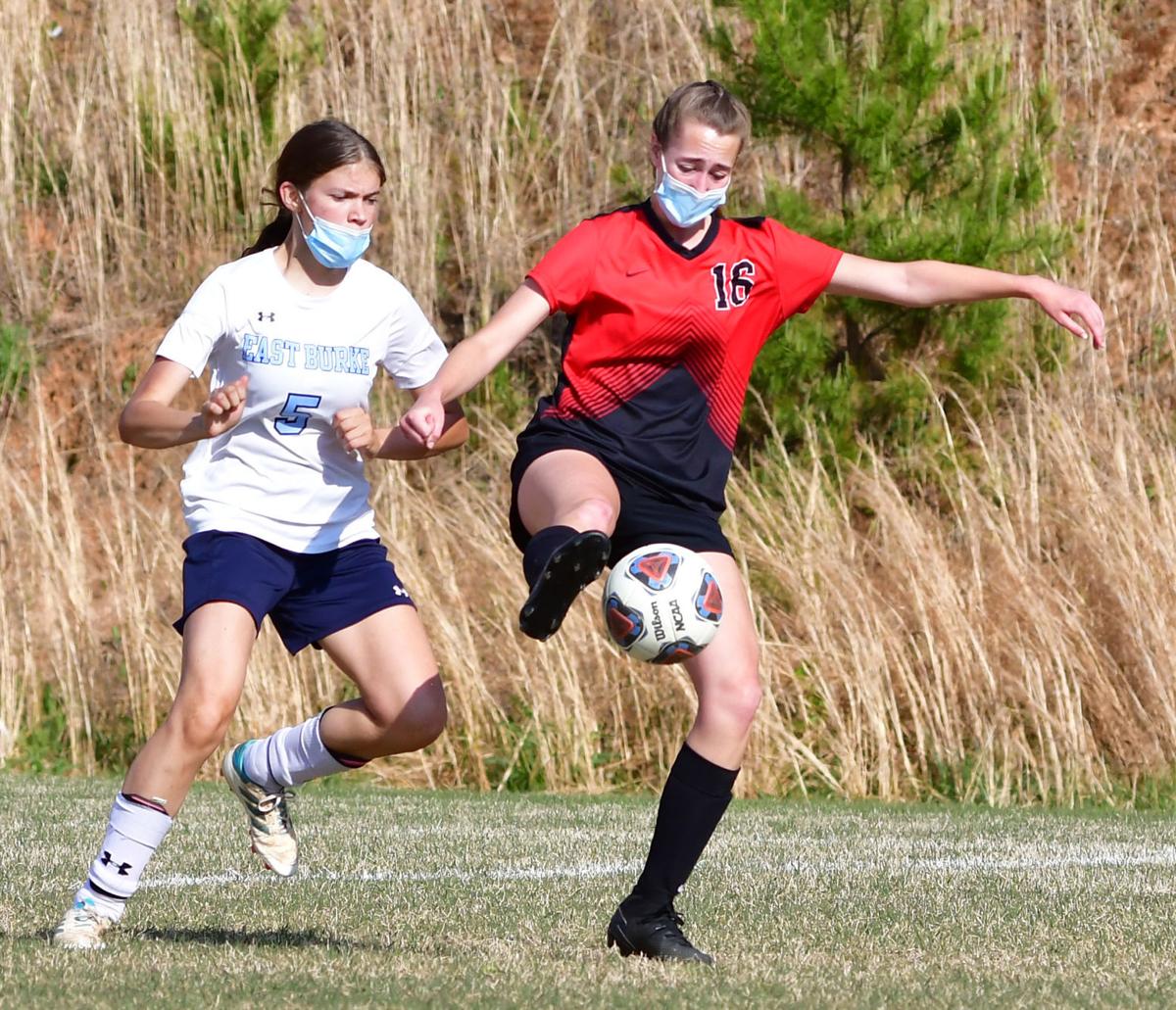 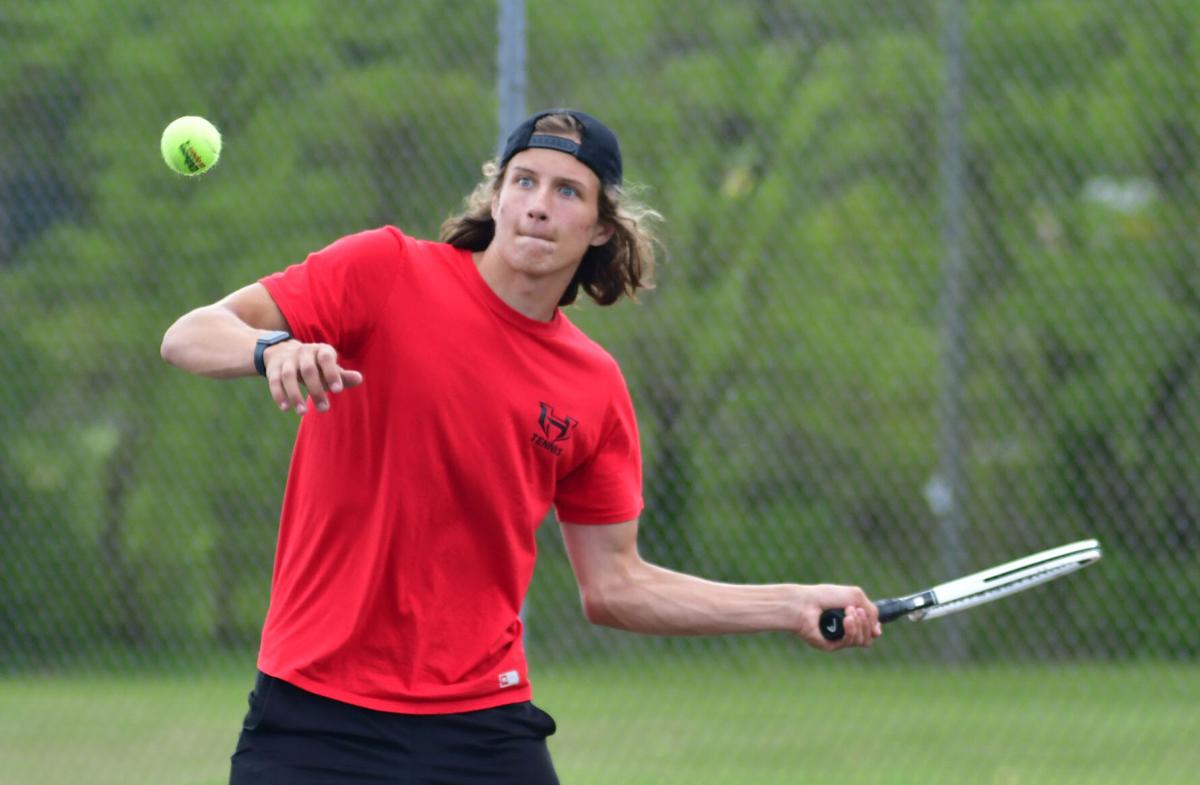 Heading into Thursday’s showdown with first-place Fred T. Foard, Hibriten looked to make a statement against East Burke on Tuesday. The Panthers, who got a hat trick from Abby Kidder and two goals from Haley Crowe, did just that as they took a 9-0 victory over the Cavaliers.

The scoring started early for Hibriten (10-1) as Reagan Cline put the Panthers up 1-0 just 35 seconds into the game. Less than 11 minutes later, Emily Elliott converted a penalty kick to put Hibriten up 2-0 with 28 minutes left in the half.

Kidder got her first tally of the game off an assist from Cline with 13:30 remaining until halftime, and the Panthers got another score with less than four minutes left in the half when defender Caiden Ingram put a shot beyond the reach of East Burke keeper Jordan Robinson.

The goal of the game came with less than three minutes to play in the first half when Charis Keen took a shot from an extremely tough angle and slid it past the far post to put the Panthers up 5-0 heading into the break.

Hibriten kept up the pace in the second half. Playing mostly in the East Burke end of the field throughout the final 40 minutes, the Panthers used their defense to create offense. Kidder got her second goal of the game with 35:39 left to play, and Crowe made the score 7-0 two minutes later. Crowe got another good look at a goal on a free kick from 22 yards out. She bent her shot around the East Burke wall, but Robinson was able to gather it in.

Crowe would get her second goal with less than 10 minutes to play, and Kidder’s third goal with 50 seconds left ended the game.

Cline and Keen finished with two assists each, while Ingram, Abigail Correll and Mayra Tejamanil all had one assist apiece.

The Panthers visit Foard tonight with a chance to get back into a tie for first place in the Northwestern Foothills Athletic Association.

The Tigers (11-0) beat Hibriten 1-0 on March 30 to gain the upper hand. Foard has allowed only one goal this season. Draughn was able to get on the board, but the Tigers won the April 12 match 3-1.

Tonight’s match is scheduled to begin at 6 p.m.

On Monday, St. Stephens took a 4-0 win over South Caldwell. The Spartans (3-7) play at 6 p.m. tonight at Alexander Central.

South Caldwell got two hits from Jasmine Hall, and Addison Blair had three runs batted in as the Spartans won their fourth straight game.

Cierra Hanson had one hit and two RBI for South Caldwell (9-1, 9-0 Northwest 3A/4A), while Kadie Becker, Zoey Shatley, Regan Weisner, Maddie Carpenter and Blair had one hit each. Kaylee Anderson also had an RBI.

In Tuesday’s softball action, West Caldwell got its first win of the season with a 9-6 win over Patton. The Warriors (1-10) trailed 5-3 through four innings but lit up the Panthers for four runs in the top of the fifth to take the lead. West Caldwell added two more in the top of the seventh for insurance. The Warriors will go for two in a row as they host West Iredell at 6 p.m. tonight.

Hibriten cruised to a 6-3 win over East Burke on Tuesday. The Panthers (11-0) scored a run in each of the first three innings and put the game away with three runs in the bottom of the fifth. Hibriten plays at second-place Foard (8-3) tonight. First pitch is set for 6 p.m.

The Panthers swept the doubles as the teams of Spears and Wright, Norwood and Van Horne and Shane Stevens and Josh Goode each won their matches 8-0.

The individual conference tournament is set to begin next week.