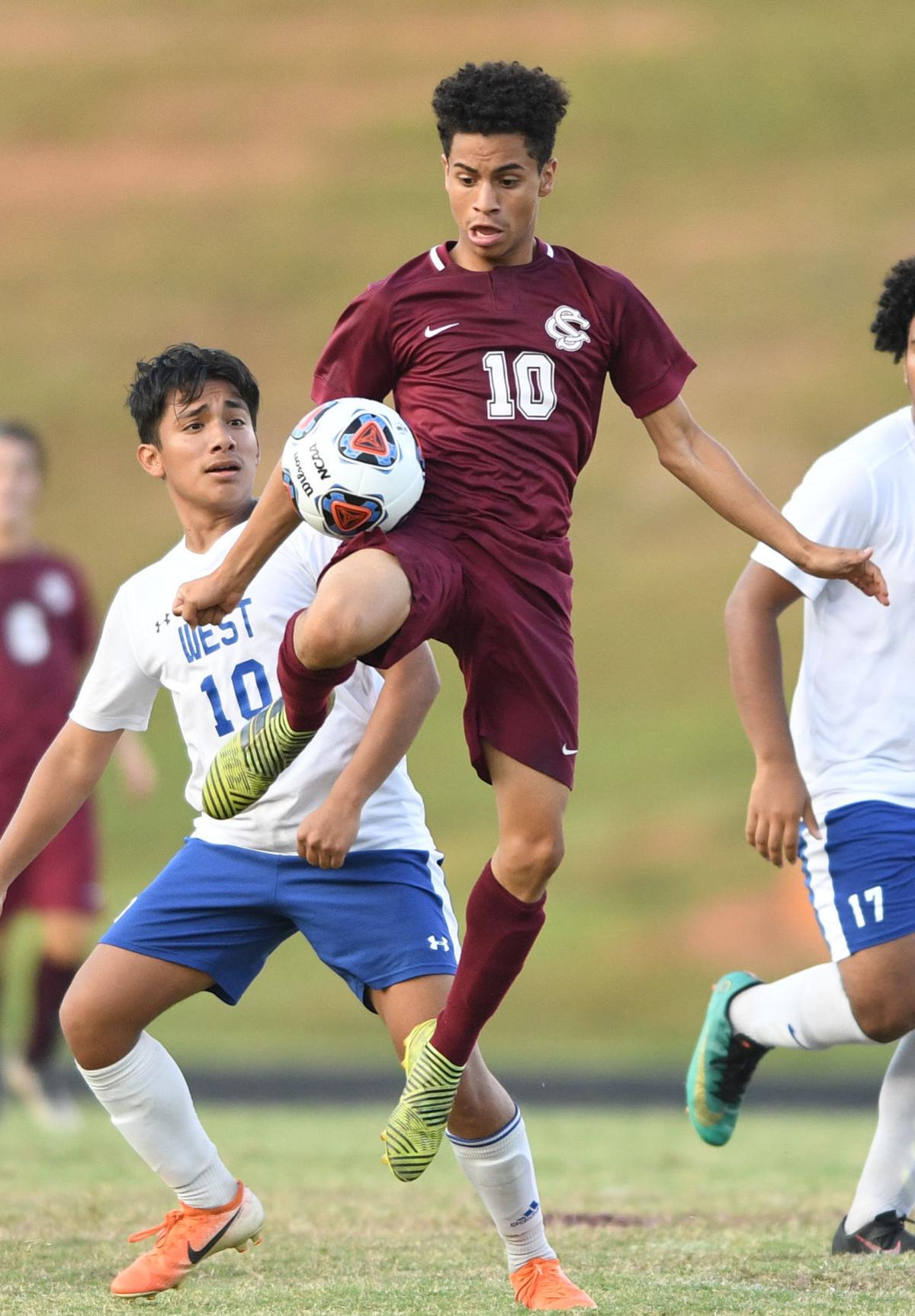 Alex Viera (10) is part of a strong front line of players South Caldwell and new coach Rick Pilato are counting on to generate offense. 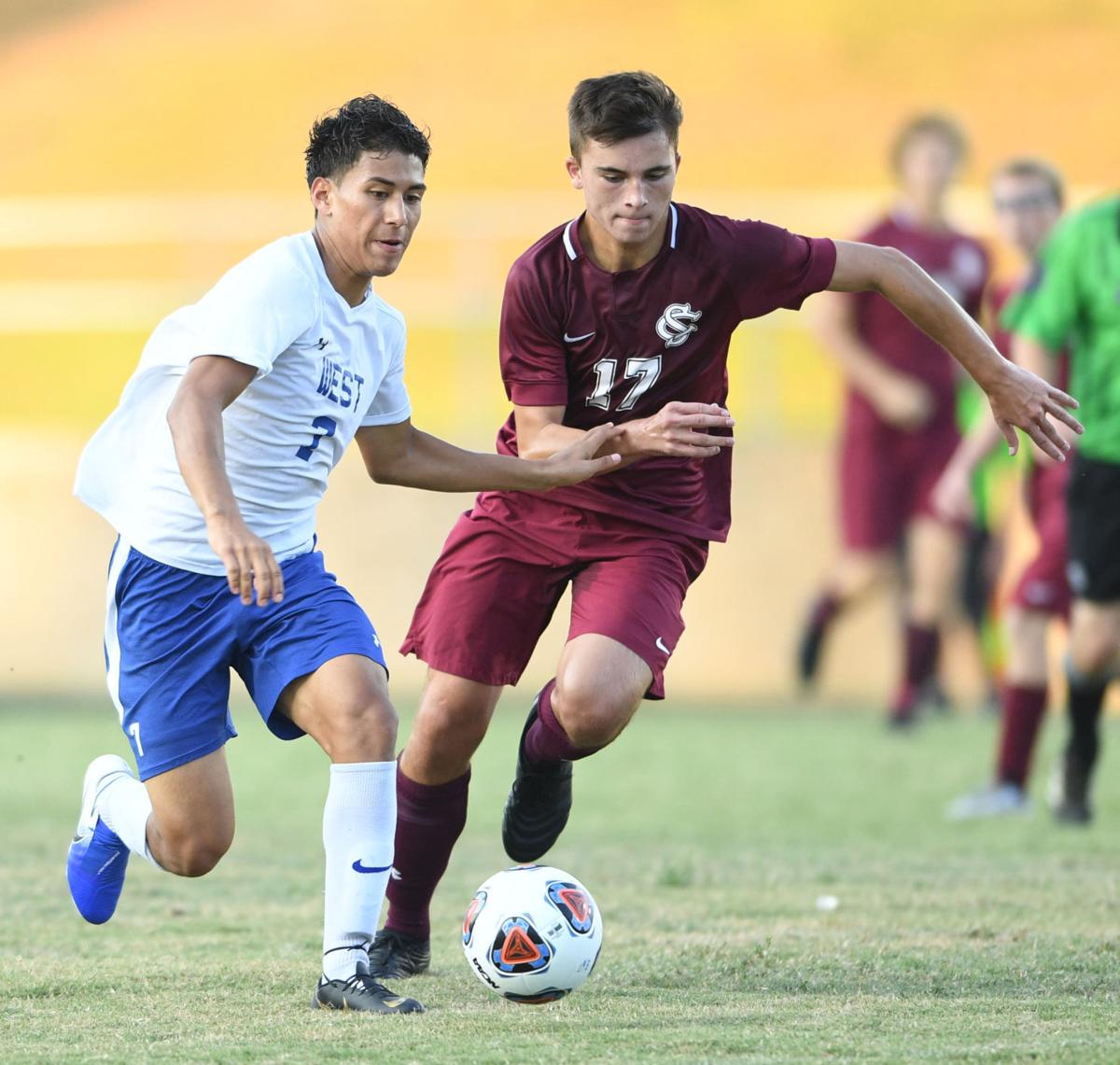 South Caldwell’s Alex Rundquist (17) is one of three seniors who play pivotal roles on defense.

Alex Viera (10) is part of a strong front line of players South Caldwell and new coach Rick Pilato are counting on to generate offense.

South Caldwell’s Alex Rundquist (17) is one of three seniors who play pivotal roles on defense.

There’s a new face on the South Caldwell sideline this season as Rick Pilato takes the reins of the Spartans’ soccer program.

Elliott Bridges went to Gaston County to take over as athletics director at Hunter Huss High School, and Pilato said his plan is to build on what Bridges left.

“Coach Bridges did a great job building a program here at South, so I simply hope to be able to continue that work,” Pilato said. “We have a really fantastic group of players who are committed to improving and working together. So, I am excited to see what we can do in a conference that is stacked with some really strong and well-coached teams.”

Returning from last year’s team is what Pilato said was a good core of players, several of whom can play multiple positions. Seniors Josh Adams, Kenny Maradiaga and Alex Rundquist all play pivotal roles on the defense. Fellow seniors Brady Haislip and Alex Viera should provide a solid foundation on the front line as the Spartans add new players, Pilato said.

Midfielders Asher Mearns (senior), Nistelroy Ordonez and Jonathan Reyes (juniors) along with sophomore Andrew Pruitt will also provide stability to an otherwise young group of players. Joining them will be senior Evan Carter, who sat out last season but should be a great addition to the Spartans’ core group, according to Pilato.

“Our midfield and forwards return the most experience with the opportunity for several younger players to step up and make an impact immediately,” Pilato said. “All are solid on the ball and have skills that should help build us a strong foundation going forward. Also, several of these players have played on the varsity squad for years, so we do expect these players to provide excellent leadership and guidance.”

Pilato said there are also several freshmen he expects to make an impact on this year’s squad. He said the group is athletic, enthusiastic and only limited by their desire to excel.

The uncertainty surrounding the season has presented a different set of challenges for Pilato, and he said his top priority is keeping the team safe and healthy so they can play a full season. Beyond that, he indicated getting everyone on the same page would be the key to the Spartans’ success.

“With a new coach and system, we hope the team will mesh quickly and continue to grow throughout the season,” he said. “The Spartans are in a very competitive conference with several very strong teams, so improving on our third-place finish last year, would be great.”

The Spartans opened their season with a 4-0 loss to Watauga but have rebounded with a 6-2 win over McDowell and a 3-0 win over Freedom. South Caldwell hosts Hickory on Monday.