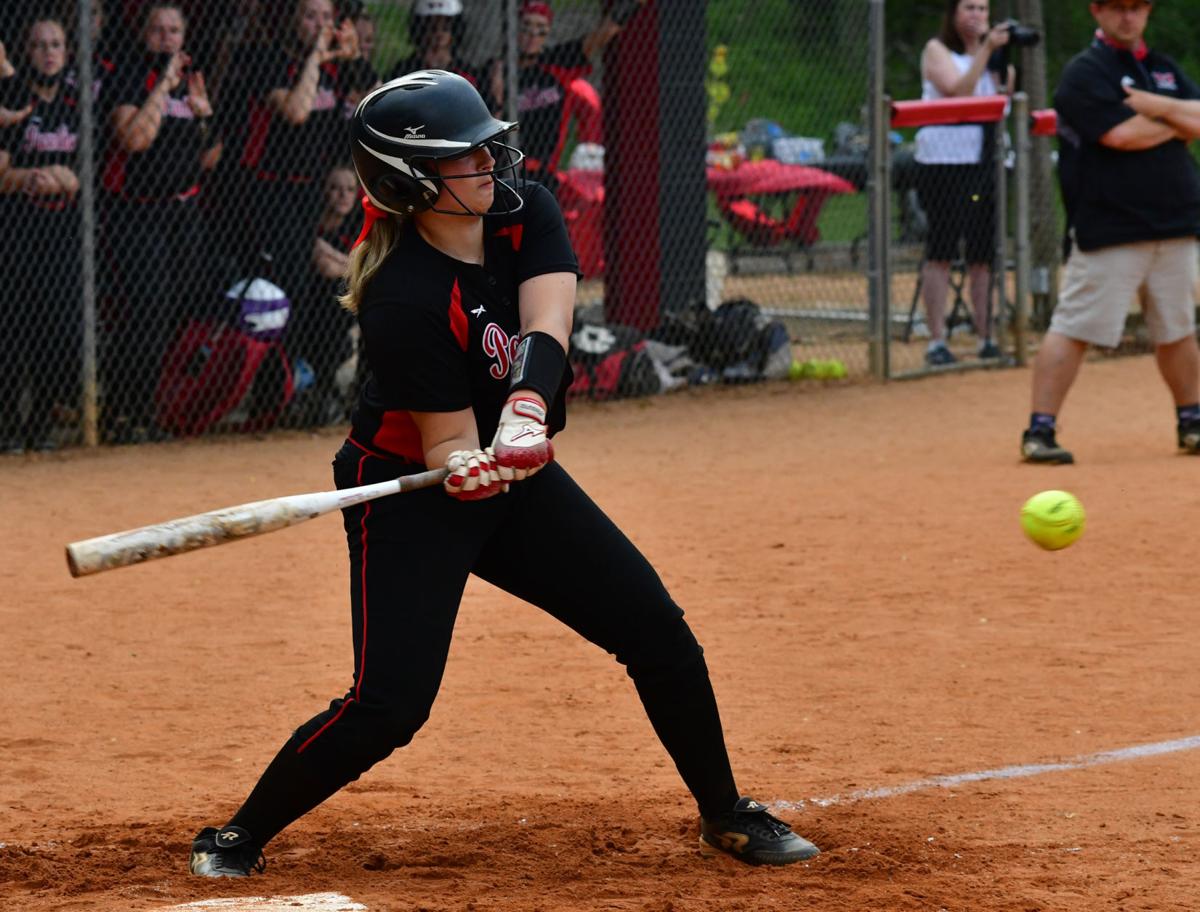 Left: Hibriten’s Anna Reeves went 3-for-3 with two runs batted in as the Panthers beat West Iredell and closed the regular season with a record of 14-0. Below: Hibriten’s Jillian Jones delivers a pitch against West Iredell. She finished the game with nine strikeouts. 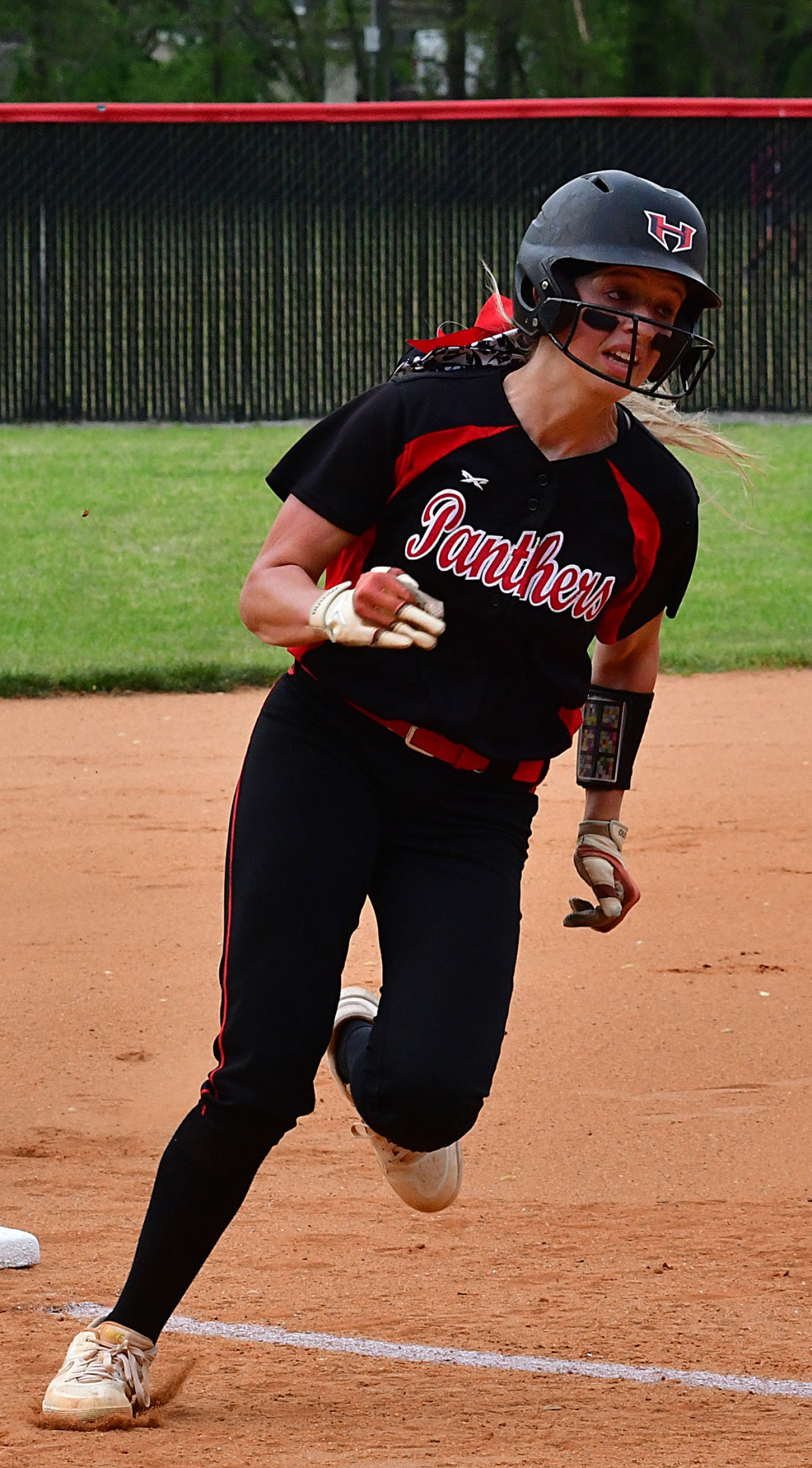 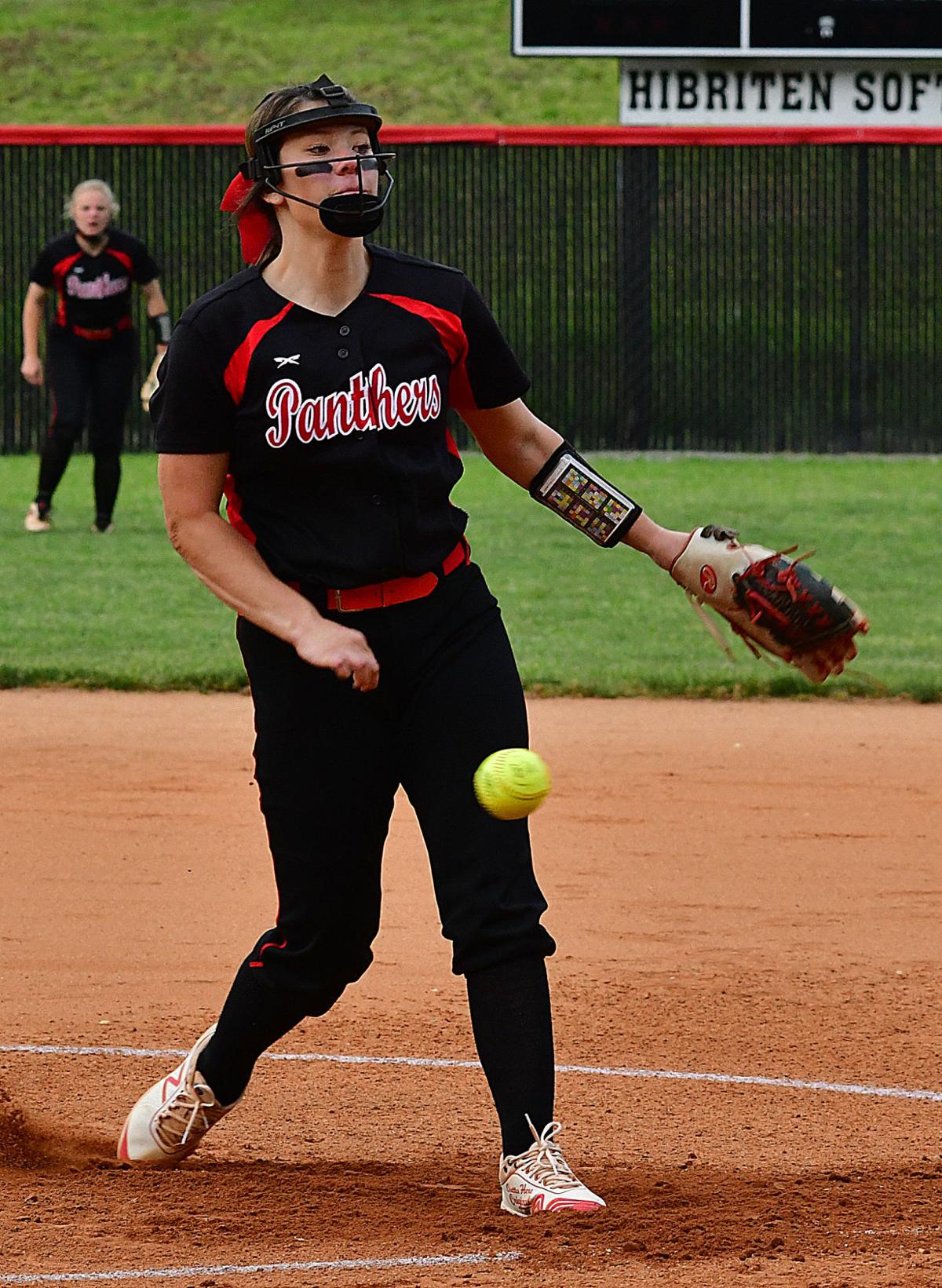 Hibriten's Jillian Jones delivers a pitch against West Iredell. She finished the game with nine strikeouts. 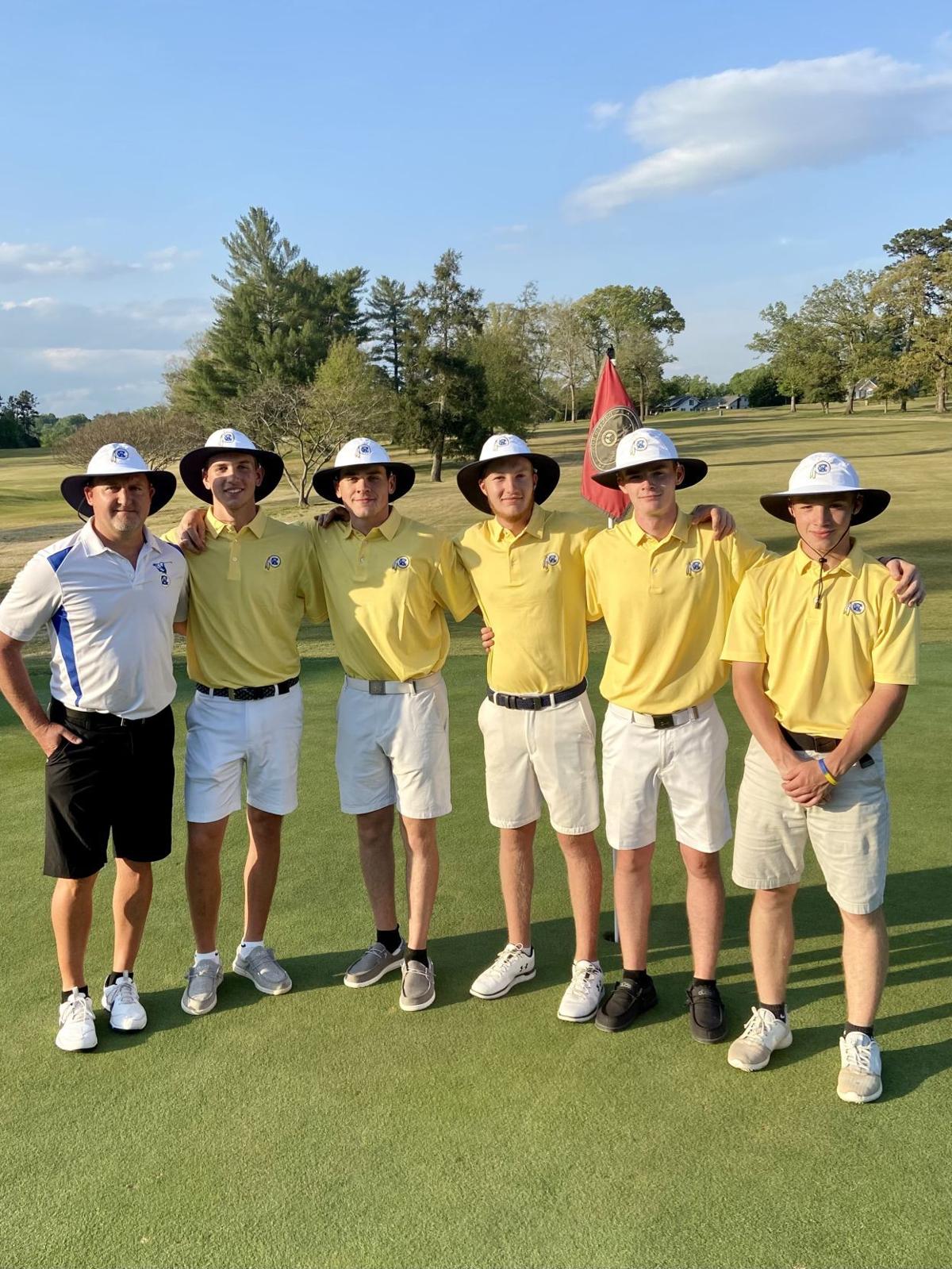 Left: Hibriten’s Anna Reeves went 3-for-3 with two runs batted in as the Panthers beat West Iredell and closed the regular season with a record of 14-0. Below: Hibriten’s Jillian Jones delivers a pitch against West Iredell. She finished the game with nine strikeouts.

Hibriten's Jillian Jones delivers a pitch against West Iredell. She finished the game with nine strikeouts.

Hibriten heads into the 2A softball playoffs with a perfect record after Thursday’s 10-0 six-inning win over West Iredell. The Panthers will find out later today who they’ll face in Monday’s first round after the North Carolina High School Athletic Association completes the playoff brackets.

Hibriten (14-0) used a West Iredell miscue to take control of the game in the bottom of the first. Peyton Boggs reached on a two-out error when her fly ball to right was misplayed, and she scored when Anna Reeves got the first of her three hits on a double to straightaway center.

Zoe Waters followed Reeves with a single to left that moved courtesy runner Mabry Land over to third; Waters moved to second when the Warriors unsuccessfully made a play to get Land at third.

Kelli Sanders picked up an RBI on a bunt single that scored Land, but Waters was thrown out trying to reach third, ending the inning with the Panthers leading 2-0.

They would extend their lead in the bottom of the third. Cady Ferguson led off with an infield single. She stole second and moved to third on the throw.

Zoey Walker would get Ferguson across the plate with a blistered triple off the wall in center.

Boggs followed that up with a double to short right that scored Walker, and Reeves scored Boggs on an opposite-field triple to right for her second extra-base hit of the game. Reeves would finish 3-for-3 with two RBI.

Hibriten looked to add to its lead in the fourth when Haley Sawyer tripled off the wall in center with one out, but the Warriors (4-10) caught Hibriten in an inning-ending double play to squash the threat.

Boggs ended the game with a sharply hit ball to short that scored Ferguson, making the score 10-0.

Jillian Jones gave up only one hit in the game. It came on a line drive right back up the box that hit her in the shin and wound up back at home plate. She showed no ill effects, though, as she retired the next 11 batters in order. Jones pitched all six innings and struck out nine, including striking out the side in the top of the third.

Baseball Wildcats 6, Panthers 4Draughn recovered from Tuesday’s 16-2 loss to Hibriten and returned the favor on the Panthers’ home field on Thursday. The Panthers (1-1) trailed 6-1 heading into the bottom of the fifth and scored three runs to close the gap, but they couldn’t draw any closer.

Austin Holloway, Cleveland Earp and Dillan Earp each had one hit and an RBI; Jake Absher added an RBI, while Nick Tucker, Jackson Harris and Ben Winkler had one hit each. Harris, Winkler, Tucker and Joe Estes scored for the Panthers.

Next up for Hibriten is a two-game set against East Burke. The Panthers will be at home Tuesday with the Cavaliers hosting on Thursday. Both games are set for 7 p.m. starts.

Schweizer headlines past and present Tigers at track and field trials

Girls Soccer Panthers 2, Warriors 0Haley Crowe and Abby Kidder scored one goal each, and Wendy Hernandez had an assist in Hibriten’s regular-season closer against West Iredell.

Rylee Connard got the shutout win in goal, and Kelis Greene gathered in a save for the Panthers (12-1-1).

Hibriten will return to action Monday in the first round of the 2A playoffs.

In other soccer action, Draughn beat West Caldwell 9-0. The Warriors end their season with a record of 3-10-1.

The Warriors advanced to regionals as a team, and Whittington will represent Hibriten in the individual tournament.

On the girls side, Liza Salisbury won the 200- and 400-meter dash, Heather Deal won the shot put and Karli West won the 100-meter hurdles.

Complete results can be found online at newstopicnews.com.