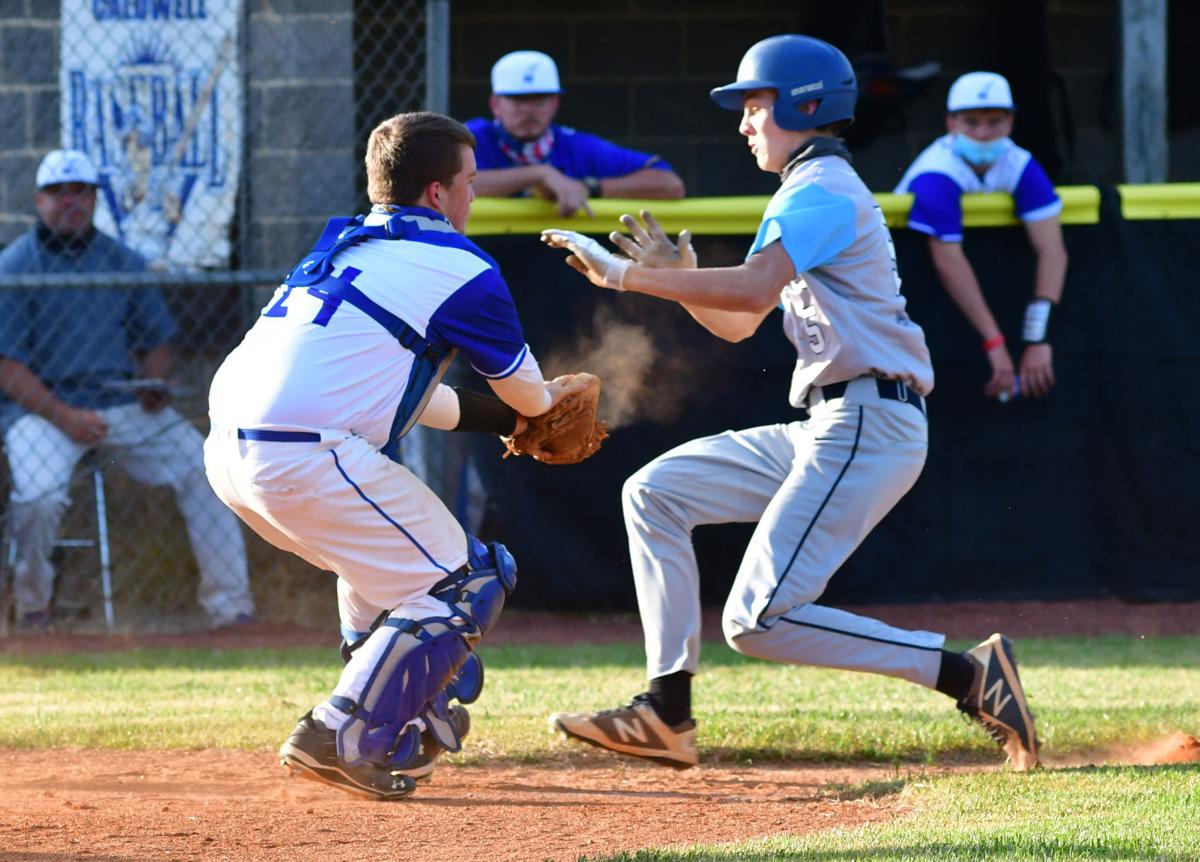 West Caldwell’s Keaton Greer (24) prepares to tag Fred T. Foard’s Josh Swink (5) at the plate as Swink attempts to stretch a triple into an inside-the-park home run during Tuesday’s game in Gamewell. 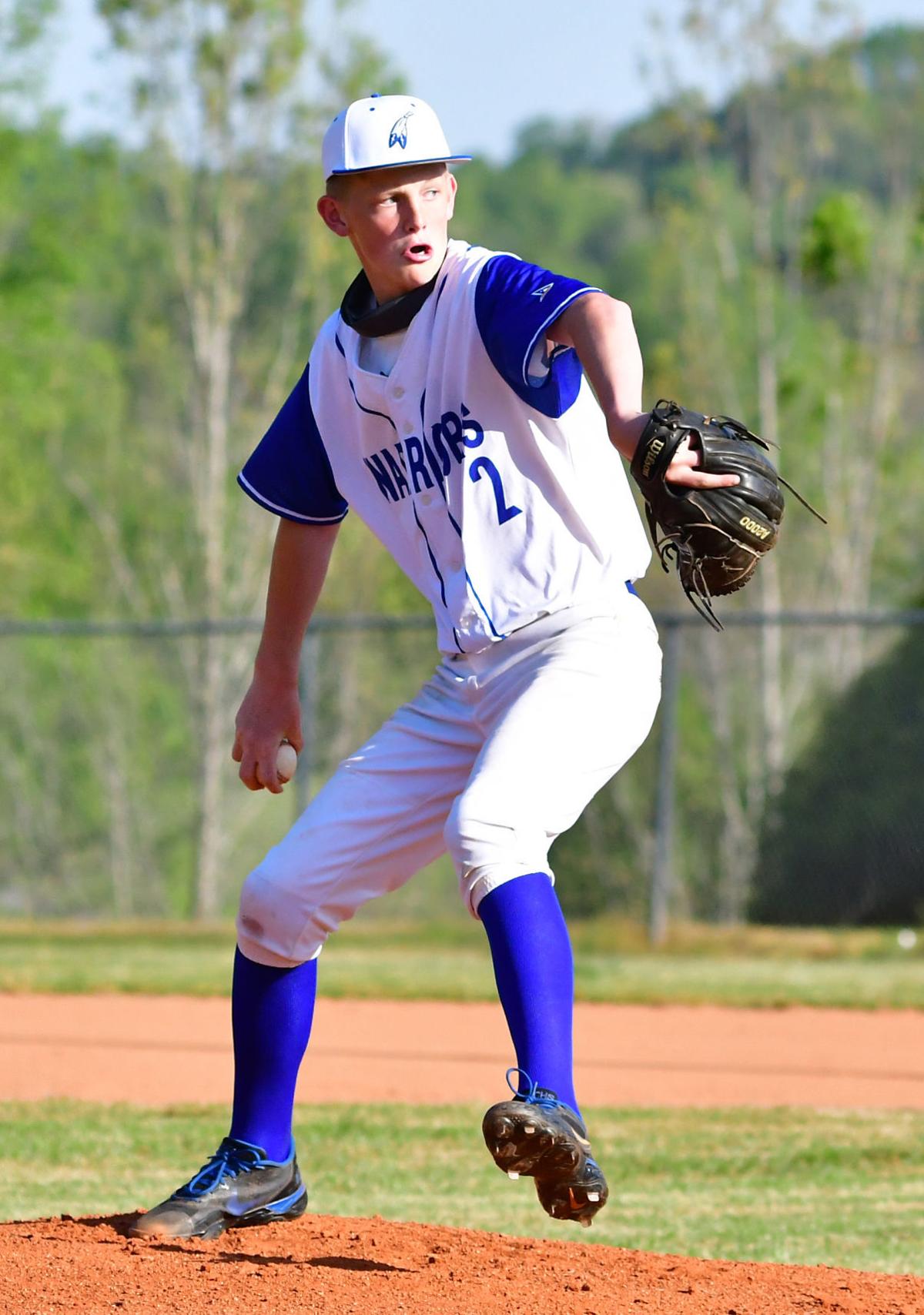 West Caldwell’s Keaton Greer (24) prepares to tag Fred T. Foard’s Josh Swink (5) at the plate as Swink attempts to stretch a triple into an inside-the-park home run during Tuesday’s game in Gamewell.

GAMEWELL — West Caldwell fell behind early and couldn’t dig its way out of the hole in its season-opening 17-0 loss to Fred T. Foard.

The Tigers led 2-0 after one inning but exploded for six runs in the second and another eight runs in the third to bring the 10-run rule into play.

The Warriors had a highlight play in the top of the second when Foard’s Josh Swink was tagged out at home as he tried for an inside-the-park home run, but catcher Keaton Greer took the throw from shortstop Brett Vines and blocked the plate to keep the Tigers from adding another run. Foard would score its final run in the top of the fifth.

West Caldwell got a runner in scoring position in the bottom of the fourth when Ty Winebarger hit a fly ball to right that was misplayed and rolled to the fence. Winebarger advanced to second base on the play, but the Warriors couldn’t get him home.

The youthful Warriors started freshman Blake McElyea on the mound. He pitched 2.2 innings before giving way to fellow freshman Brian Sumpter. Vines, a sophomore, took over in the top of the third and went the rest of the way for West Caldwell (0-1).

The same two teams meet at 6 p.m. today at Foard.

Hibriten pounded out 14 hits, Jake Absher drove in six runs and Nick Tucker threw a two-hitter in its season opening win at Draughn.

Austin Holloway, Tucker and Hodges all had one hit each for Hibriten (1-0).

The Panthers and Wildcats face off again at 6 p.m. tonight at Hibriten.

In other baseball action, South Caldwell beat Hickory 15-5 in five innings. The Spartans (1-0) will play at Freedom at 6:30 p.m. Friday.

Kelli Sanders went 1-for-3 with two RBI, while Sydney Wike went 2-for-2. Emma Poarch and Cady Ferguson each finished with one hit and an RBI.

Jillian Jones got the win in the circle; she went all five innings, giving up one run on six hits and striking out five.

The Panthers’ game against West Iredell is set to begin at 6 p.m.

West Caldwell scored four runs in the first inning and added three more in the third and another in the fourth as the Warriors closed the season on a three-game winning streak to end their season at 3-10.

West Caldwell fell behind 1-0 in the top of the first but took control with its four-run outburst in the bottom of the frame. The Warriors put the game away in the third.

Hibriten scored five goals in the first half and added four more in the second to notch its 11th win of the season.

The Panthers (11-1-1) close the regular season at home against West Iredell. Kickoff is set for 5 p.m.