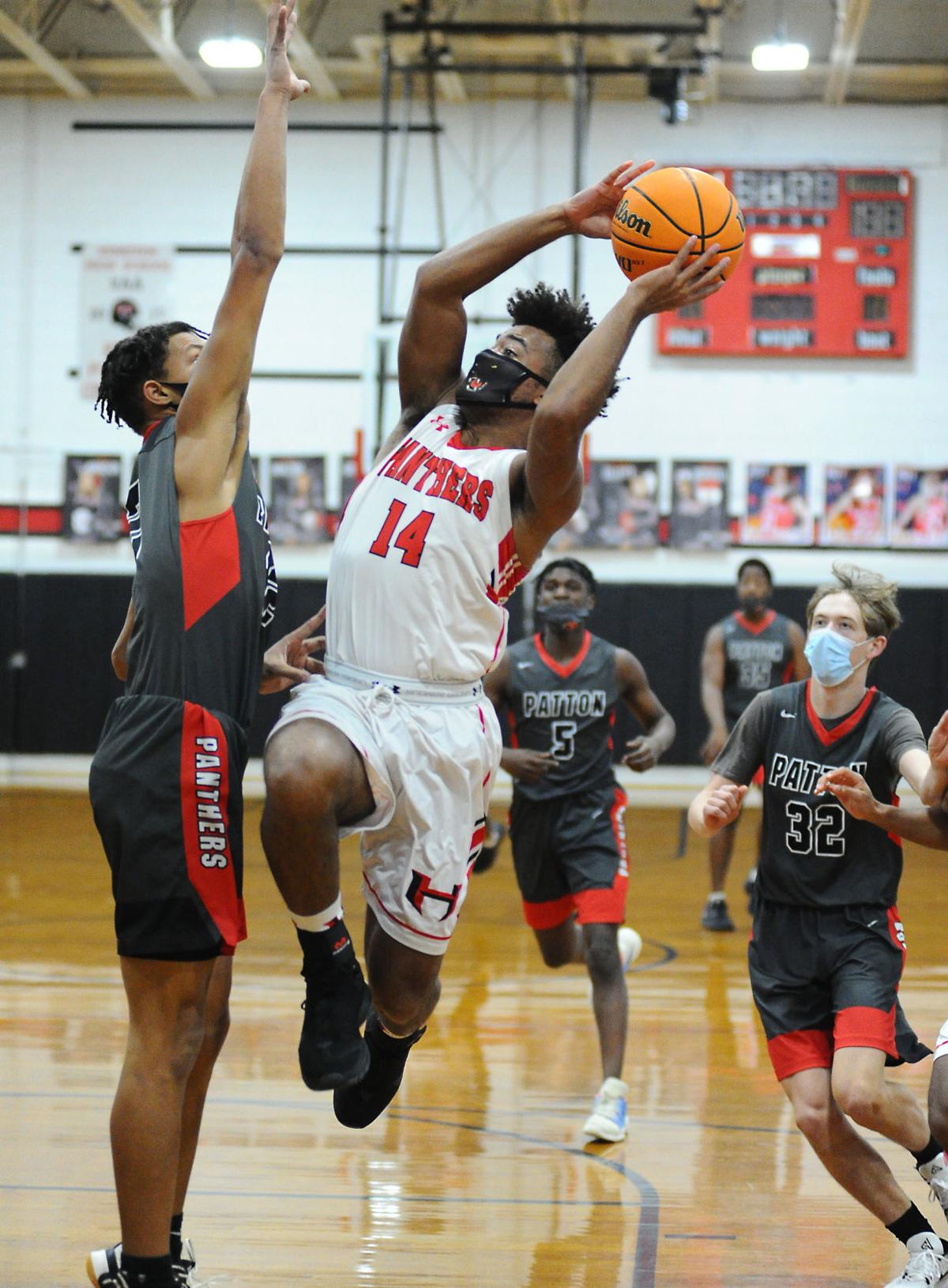 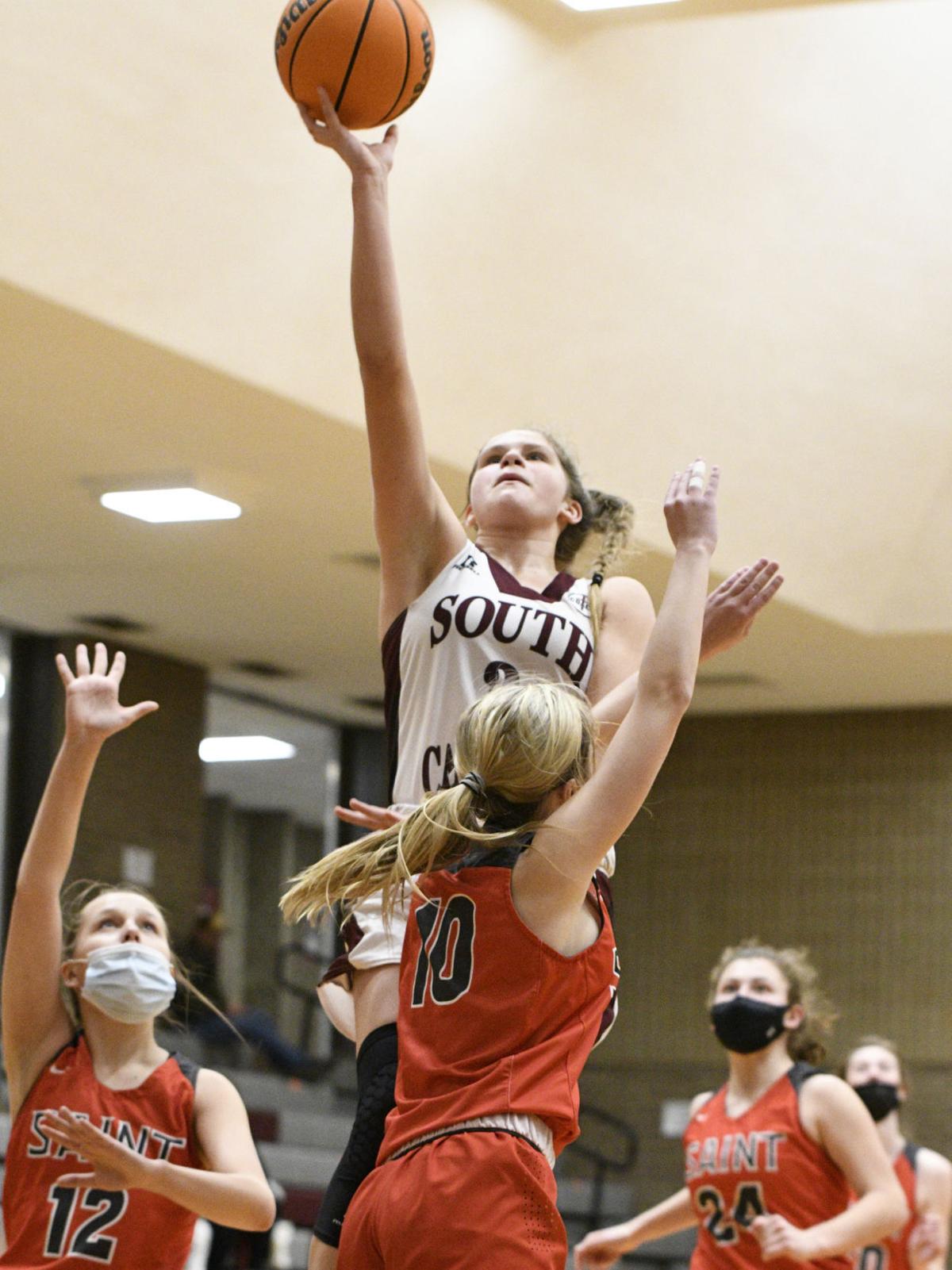 South Caldwell’s Olivia Miller (3) goes up over St. Stephens’ Ella Pilkenton (10) for two of her game-high 30 points en route to a home win Tuesday. The Spartans (6-5) were able to avenge a January loss to the Indians (3-7) by dominating the second half.

South Caldwell’s Olivia Miller (3) goes up over St. Stephens’ Ella Pilkenton (10) for two of her game-high 30 points en route to a home win Tuesday. The Spartans (6-5) were able to avenge a January loss to the Indians (3-7) by dominating the second half.

Patton’s Waylon Rutherford scored a game-high 29 points, and Jayden Powell scored 23 to lead the Panthers to the Northwestern Foothills Athletic Conference title with a 72-58 win Tuesday at Hibriten.

The home-standing Panthers (4-3) pulled within two several times in the third quarter and finally tied the game at 46-46 just 32 seconds into the fourth quarter on a jumper by Nordre Battle, but Patton answered with a 9-0 run that took the wind out of Hibriten’s sails.

Hibriten visited Fred T. Foard on Wednesday to close out its season. That game was originally scheduled to be played Wednesday, but the expectation of winter weather forced that game to be moved up.

Ja’Kobe Hood and Malek Patterson scored 25 points each as West Caldwell wrapped up a playoff berth with a blowout win over visiting East Burke.

The Warriors (7-2) opened the game on a 12-1 run and cruised the rest of the way to lock down second place in the NFAC.

West Caldwell’s next game will be in the first round of the 2A state playoffs. The NFAC is not holding a conference tournament this season.

Sources: Plans in works for Nebraska to open 2022 season in Dublin, perhaps vs. Northwestern

The Spartans (5-5) outscored the Indians 29-11 in the second half to blow open what had been a close game. St. Stephens led 31-29 at halftime before going cold in the third quarter.

The Spartans will visit Alexander Central on Friday to close out the regular season.

The Dolphins trailed 57-47 heading into the final period but outscored the Cobras (5-3) 21-6 to get their second win of the season.

The Cobras return to action on Saturday with a visit to Spartanburg Methodist.