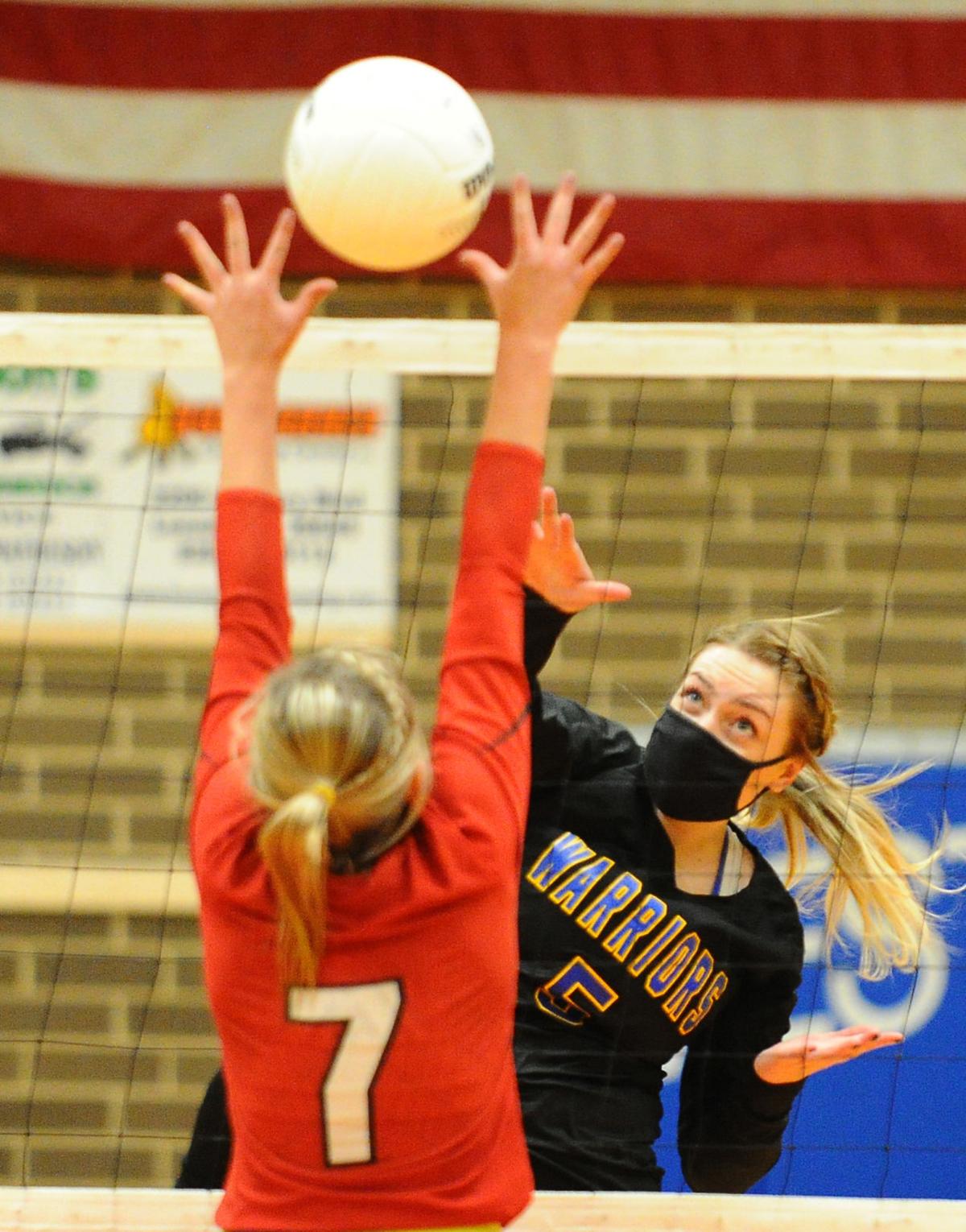 West Caldwell’s Alyssa McMasters (5) hits a shot through the hands of Hibriten’s Zoe Waters (7) during Thursday night’s game against in Gamewell. 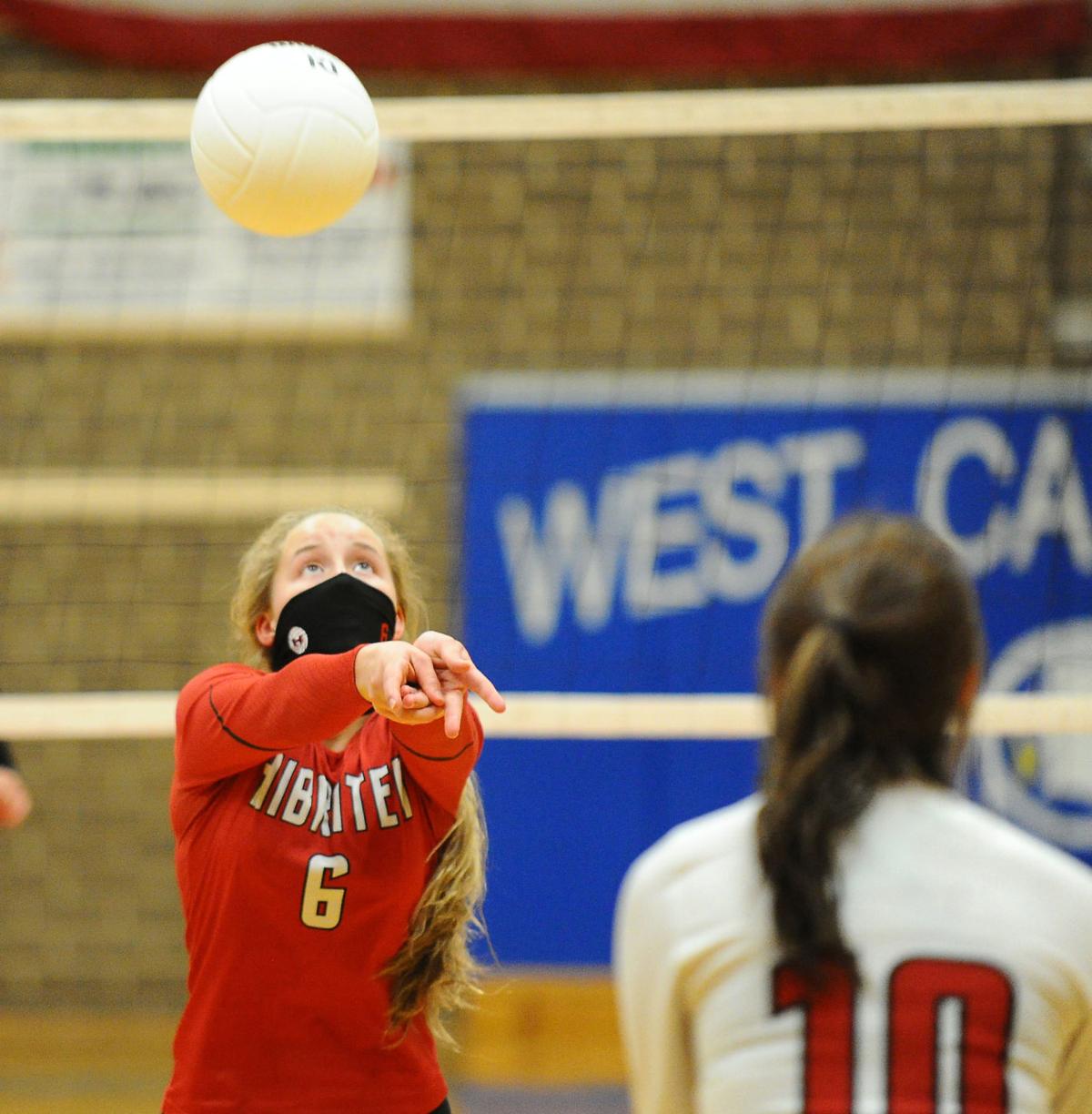 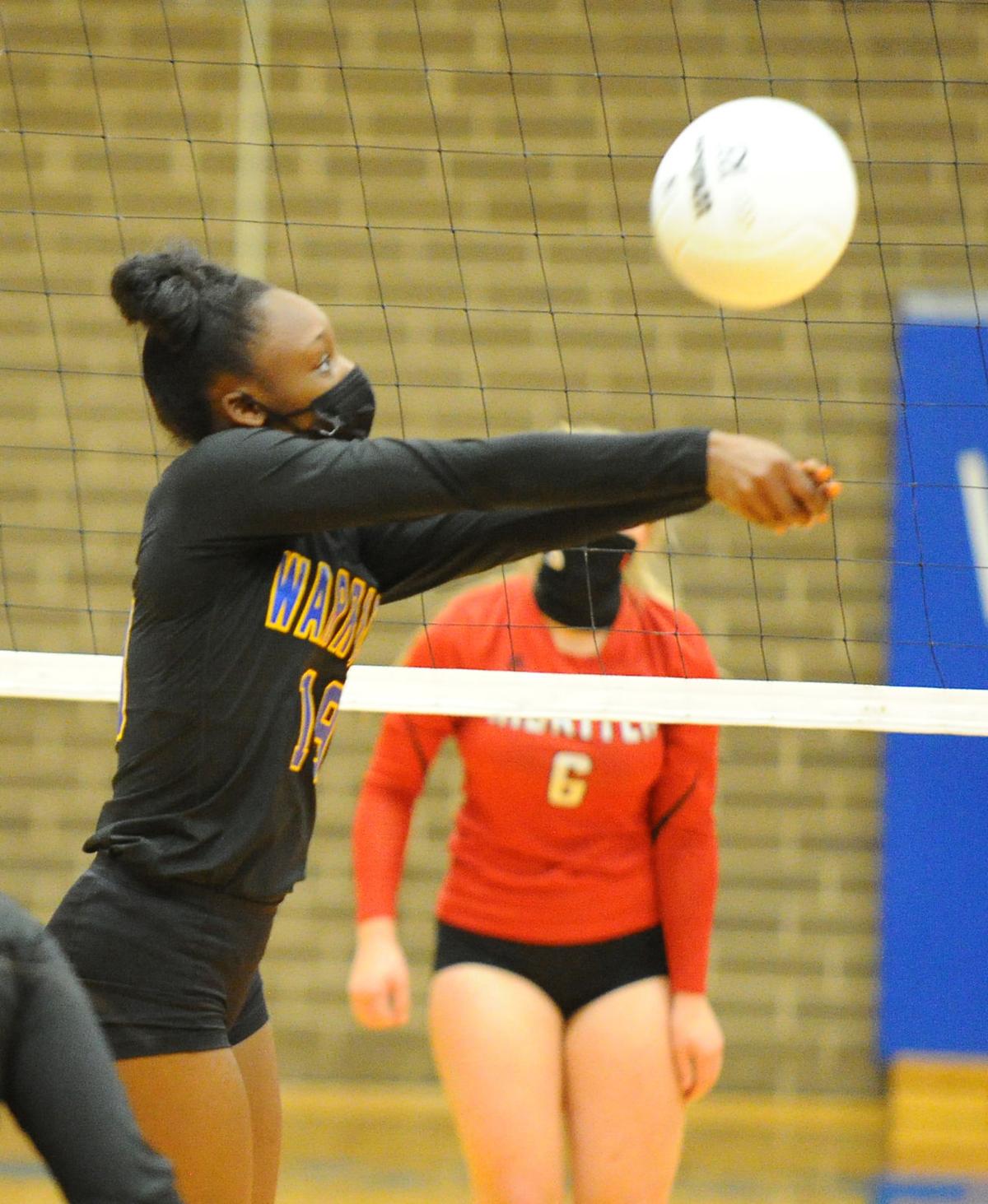 West Caldwell’s Heaven Ruff (19) had eight kills and won 13 points on her serve, including five aces, against Hibriten on Thursday. 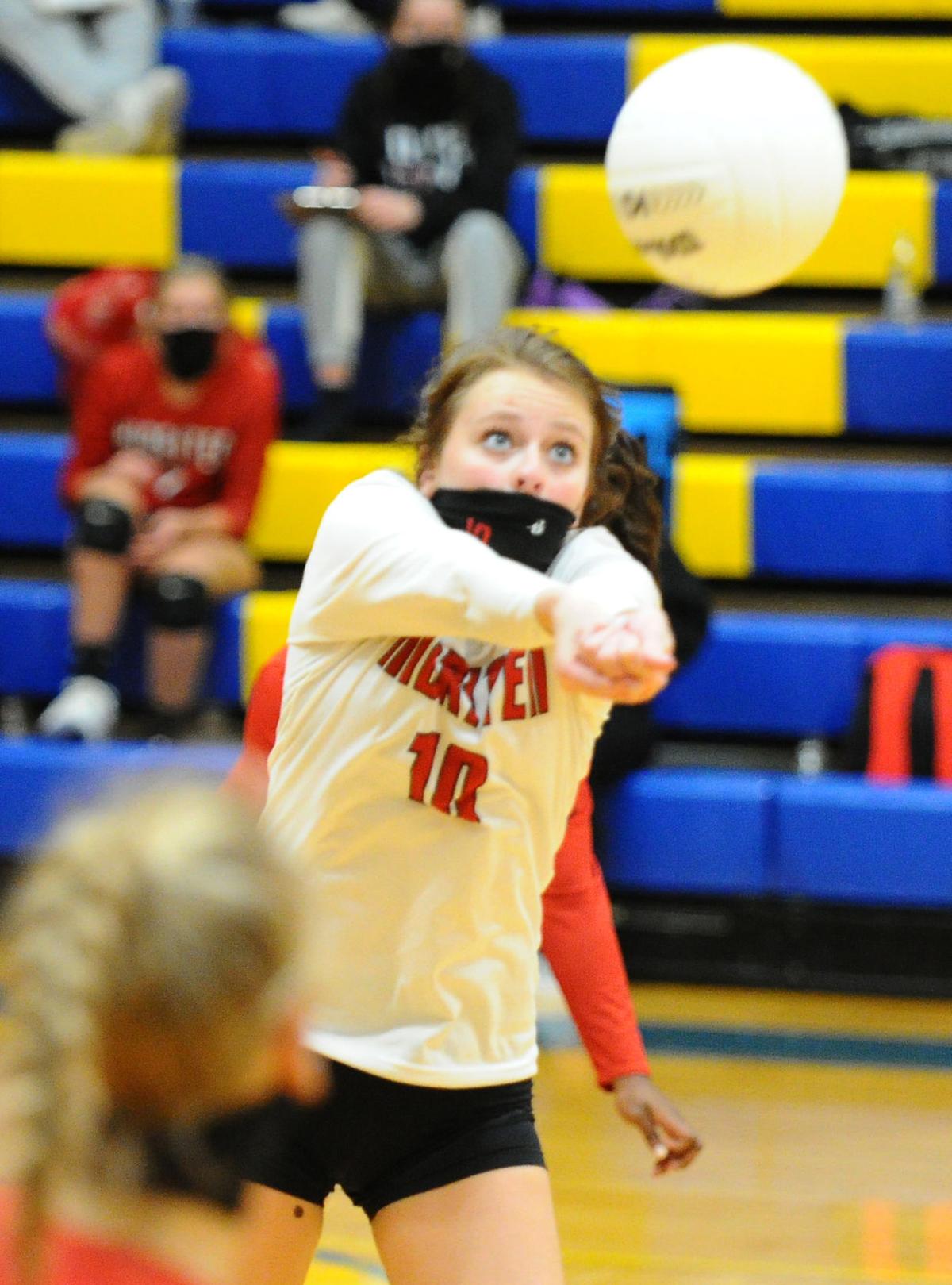 West Caldwell’s Alyssa McMasters (5) hits a shot through the hands of Hibriten’s Zoe Waters (7) during Thursday night’s game against in Gamewell.

West Caldwell’s Heaven Ruff (19) had eight kills and won 13 points on her serve, including five aces, against Hibriten on Thursday.

GAMEWELL — Hibriten and West Caldwell are two volleyball programs working their way up in the world. With state powerhouse Fred T. Foard and other strong programs in the same conference, those growing pains can be difficult to manage.

In a contest that was part county rivalry and part measuring stick, the Warriors prevailed over the Panthers 3-1 Thursday.

For Hibriten coach Jennings Vess, the match shows the importance of a non-conference schedule that allows a team to work out some issues without the pressure of jumping straight into games that matter; unfortunately, COVID-19 and the scheduling issues stemming from it took away that option. From West Caldwell coach Stephen McMasters’ perspective, his squad overcoming unprecedented circumstances and finding a way to win a tough match is reason to be optimistic about the future.

The theme of Thursday’s match was the ability of both teams to reel the other in before anyone could pull away.

That tone set itself immediately as the Warriors (1-0) ran off to a 4-1 first-set lead before the Panthers (0-2). The back-and-forth continued throughout before West Caldwell managed to take 25-21 wins in the first two sets before Hibriten won the third 25-18. In the deciding fourth set, the Warriors claimed a 25-18 win and a hard-fought victory over their county rival.

“First, I would like to congratulate West Caldwell; those girls played hard and just beat us,” Vess said. “Even when we would make runs, they would not let it take them over. These last two games show you the importance of a non-conference schedule. Don’t get me wrong; I am glad we are playing this year, but these are our first two games and we are still trying to find our identity. Do we win if it’s our seventh and eighth game? Maybe, but we don’t have that luxury this year.”

McMasters also talked about the impact the virus has had, and he said not only being able to play but also finding a way to get a win is a joy.

“I am unbelievably happy for this group of kids,” he said “They have fought through adversity that no other group of kids in the past have ever faced, and to overcome it brings pure happiness for me.”

College football on TV: This week's lineup and your best bets

Arizona Wildcats’ rushing output has eroded; these numbers illustrate how and why

“I told her after the game I learned that she is as competitive as any kid I have been around,” he said. “We had some really good plays from the other girls as well, but I thought Tori played with an emotion that I haven’t seen from her in practice.”

For Hibriten, Vess said there’s little time to dwell on the losses because the season is so compressed. The challenges don’t come any more difficult than a Monday meeting at home against Foard. Being a young team and a program that’s a work in progress, Vess said there are still a lot of moving parts.

“We are still just trying to find our pieces and see who goes and plays where,” he said. “With so much youth, we don’t know yet where all the pieces fit. I said early on that Emma Poarch was our utility knife, and she showed that tonight by moving from the middle to outside hitter after two sets. She played well (Thursday), and I believe she would play any position I asked her without question. That’s just the kind of kid she is. We have to just regroup and continue on with the season.”

West Caldwell faced East Burke Friday in a game that was rescheduled earlier in the week, and it will play at Foard at 6 p.m., Tuesday. After hosting the defending 2A state champions on Monday, the Panthers host Draughn on Tuesday.